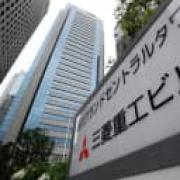 Nissan Motor Co. has found fresh cases of misconduct in vehicle inspections and may launch a recall, sources close to the matter said Thursday, in the latest setback for the global carmaker mired in quality control issues and the arrest of former chairman Carlos Ghosn. The latest finding comes after the company pledged to tighten compliance to prevent recurrence of a string of improper practices at its domestic plants. The automaker is also under increased scrutiny after its longtime leader Ghosn was arrested last month for alleged underreporting of remunerations. Nissan said in September last year that it found uncertified employees had checked vehicles for many years, leading it to recall over 1 million vehicles sold in Japan. The automaker then admitted in July this year to fabricating exhaust emission and fuel economy data on vehicles manufactured for the Japanese market.

Nissan cites poor communication in safety check malpractice, acknowledged to have started in 1979

YOKOHAMA – Nissan Motor Co. President Hiroto Saikawa on Friday blamed a lack of communication between workers and managers as one of root causes for conducting fraud inspections of vehicles at the company's assembly plants using unqualified workers, in a practice that had been routine for more than 30 years.

Nissan Motor Co. is suspected of fabricating documents at factories in Japan to make it appear as if certified inspectors had carried out final inspections on vehicles coming off the assembly line, sources said Wednesday. A government probe found the automaker had used uncertified staff to check vehicles at all six of its domestic factories, prompting Nissan to announce a recall of more than 1.2 million cars in Japan manufactured since October 2014. If the fabrication of paperwork did occur, it would mean Nissan intentionally sought to cover up the practice, rather than having overlooked regulations on inspectors' qualifications. Final checks usually involve teams of eight or so inspectors systematically going over the vehicle. Officials at the Ministry of Land, Infrastructure, Transport and Tourism said they uncovered the substandard inspections while looking through factory records.

YOKOHAMA – Nissan Motor Co.'s latest revelation that improper quality checks performed by unauthorized staff continued at its factories after initial claims it had resolved the issue shows that the car manufacturer has a long way to go to clear up its compliance problems.

Nissan Motor Co. said Wednesday that improper safety inspections performed by unauthorized staff continued at one of its assembly plants even after the scandal came to light last month. The carmaker said an internal probe, carried out with a third-party investigator, discovered that at its Shonan factory in the city of Hiratsuka, Kanagawa Prefecture, uncertified staff continued to be involved in a process to check the steering of finished cars until Oct. 11 -- a week after Nissan President Hiroto Saikawa publicly apologized for the misconduct. The uncertified employees were asked to hold and turn the steering wheels of completed vehicles while certified inspectors checked whether the wheels were aligned at the correct angle based on reading of testing equipment. About 3,800 vehicles were affected by the flawed inspections. But the company said it has no plans to expand its recall in the wake of the newly identified misconduct, claiming that it raises no safety concerns for finished cars as their safety was verified by certified staff.