What is Artificial General Intelligence? And has Kimera Systems made a breakthrough?

The field of artificial intelligence has spawned a vast range of subset fields and terms: machine learning, neural networks, deep learning and cognitive computing, to name but a few. However here we will turn our attention to the specific term'artificial general intelligence', thanks to the Portland-based AI company Kimera Systems' (momentous) claim to have launched the world's first ever example, called Nigel. The AGI Society defines artificial general intelligence as "an emerging field aiming at the building of "thinking machines"; that is general-purpose systems with intelligence comparable to that of the human mind (and perhaps ultimately well beyond human general intelligence)". AGI would, in theory, be able to perform any intellectual feat a human can. You can now perhaps see why a claim to have launched the world's first ever AGI might be a tad ambitious, to say the least. 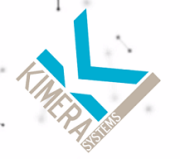 Kimera Systems announced the birth of Nigel – the world's first commercial human-like intelligence technology for connected devices. Nigel was delivered at a birthday party held last Friday in downtown Portland by its creator, Kimera co-founder and CEO Mounir Shita. The Nigel artificial general intelligence (AGI) technology began learning immediately in the same way humans do: by observing the behavior of people with Nigel-enabled devices. Shita began working on his single-algorithm, federated approach to artificial intelligence in 2005, and Kimera Systems was formally incorporated in 2012. The technology was dubbed "Nigel" to honor one of its principal architects, Nigel Deighton, a noted international expert on wireless technologies and a former Gartner research vice president, who passed away in 2013.

A bot is born: Kimera Systems adds 'Nigel' to the crowd of AI assistants

There's a new bot in town: Nigel, a software assistant that its creators at Oregon-based Kimera Systems say can learn from the behavior of its users. Nigel was "born" on Friday, when Kimera co-founder and CEO Mounir Shita fired up the program for a private beta test at a birthday party in downtown Portland. It's named after one of the software's principal architects, Nigel Deighton, who passed away in 2013. Kimera says a public beta version of the program will soon be made available. CEO Mounir Shita and COO Nick Gilman deliver Nigel! #AGI is born!

Kimera Systems, the creator of the world's first functional artificial general intelligence, is going to be sharing its special quantum-based method with the world in excruciating detail on May 3. Kimera started off not by following the crowd and trying to optimize neuroscience-based approaches to make AI mimic the human brain, but instead worked backward from a new definition of intelligence that it determined from quantum mechanics theory. This yielded a new breed of AI that was incredibly versatile, allowing the company to create the first functional, consumer-facing AGI program, Nigel AGI. The fruits of those labors are available on the Play Store right now, but those who want to dive in and see how it's all done from the ground up will have to wait for the webinar. The first thing the webinar will cover is Kimera's unique quantum approach to the definition of intelligence, the foundation of its AGI work that eventually resulted in the creation of Nigel and the AGI framework behind it. From there, the webinar will go over the architecture of the Nigel AGI specifically, showing how AGI can be crafted to learn and grow over time, but cannot be created with a specific problem in mind like contemporary AI programs. 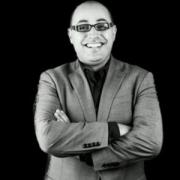 Would you trust a robot to tell you how to vote? Scientists from Kimera Systems have developed a robot that will be able to help users make political decisions. The robot named'Nigel' uses artificial intelligence (AI) to become aware of its user's life and utilise the information by offering advice to user's including how to vote. Unlike other AI robots Nigel programmes itself as it goes, rather than teach itself how to perform and effectively carry out tasks. It works solely on how the user is themselves, for example if they offer traits of a left wing supporter he will adapt to that life style.