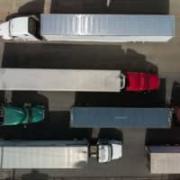 NEC Corp. gave a demonstration of its facial recognition system at its headquarters in Tokyo on Friday that it says will help passengers board planes faster without having to present passports or boarding passes. Narita will be the first airport in the country to deploy the system, called OneID, ahead of an expected spike in foreign arrivals for the 2020 Tokyo Olympic and Paralympic Games. In the media presentation, NEC showed how the system streamlined the boarding procedure. First, at the self check-in machine, passenger consent was obtained, then their passport was scanned and a barcode on their smartphone screen provided the flight details. A camera was used to capture their facial image during the process.

RoboCup-97, The First Robot World Cup Soccer Games and Conferences, was held at the Fifteenth International Joint Conference on Artificial Intelligence. There were two leagues: (1) real robot and (2) simulation. Ten teams participated in the real-robot league and 29 teams in the simulation league. Over 150 researchers attended the technical workshop. The world champions are CMUNITED (Carnegie Mellon University) for the small-size league, DREAMTEAM (University of Southern California) and TRACKIES (Osaka University, Japan) for the middle-size league, and AT-HUMBOLDT (Humboldt University) for the simulation league. The Scientific Challenge Award was given to Sean Luke (University of Maryland) for his genetic programming- based simulation team LUKE, and the Engineering Challenge Awards were given to UTTORI UNITED (Utsunomiya University, Toyo University, and Riken, Japan) and RMIT (Royal Melbourne Institute of Technology, Australia) for designing novel omnidirectional driving mechanisms. Over 5000 spectators and 70 international media covered the competition worldwide. RoboCup-98, the Second Robot World Cup Soccer, was held in conjunction with the Third International Conference on Multiagent Systems in Paris, France, in July 1998.

They are trying to get a head start, and unlike most of the 11,000 athletes who will be in Tokyo for the games, and thousands more for the Paralympics, they will be able to speak Japanese. "Just the language itself, I love it," said Abraham Majok, a runner who arrived in Japan in November with three other South Sudanese athletes and a coach. "And it's nice and since we started learning it. But, you know, we are moving well with it and we just love it." They are training northwest of Tokyo in Maebashi, Gunma Prefecture, supported mainly by donations from the public.

Japan s Murata Manufacturing Co. Ltd s latest concept robots, the Murata Cheerleaders, demonstrate how they balance on balls and synchronise as a team by utilising sensing and communication technology, at CEATEC JAPAN 2016 at the Makuhari Messe in Chiba, Japan. CHIBA, JAPAN: A Japanese inventor is hoping a robot that still needs humans will win over Asia's largest tech fair, offering a counterpoint to major technology firms pushing the boundaries of artificial intelligence (AI). Katsumori Sakakibara was showing off his little droid called Caiba at the Cutting-Edge IT & Electronics Comprehensive Exhibition (CEATEC), which kicked off Tuesday near Tokyo. Waist-high Caiba -- whose name means hippocampus, a key area of the brain, in Japanese -- is controlled by a human wearing a virtual reality handset and mechanical arms. If the person waves their arms, the little robot follows suit.