Artificial intelligence use 'must be transparent and accountable'

Companies planning on using artificial intelligence (AI) in their work should ensure it is "transparent and accountable", the Information Commissioner's Office (ICO) has said. The UK's data watchdog has published its first draft regulatory guidance into the use of AI in collaboration with the Alan Turing Institute. It warned that the public are still uneasy over the use of computer software to make decisions previously made by humans, so any systems must be transparent and provide clear explanations of decisions made. The guidance identified four key principles for AI: transparency, accountability, consideration of context and reflection on impacts. Co-authored with the @turinginst, 'Explaining decisions made with AI' is out for consultation until January 24 2020.

US federal agencies have now been issued a guidance by the White House on how to regulate artificial intelligence (AI) applications that are produced in the US. "This memorandum sets out policy considerations that should guide, to the extent permitted by law, regulatory and non-regulatory approaches to AI applications developed and deployed outside of the federal government," stated Russell Vought, director of the Office of Management and Budget (OMB) in the memo [PDF] for all the heads of executive departments and agencies, including independent regulatory agencies. The OMB guidance comes 21 months after President Donald Trump signed an executive order to fast-track the development and regulation of AI in the US. President Trump at the time touted the executive order would see the launch of the American AI initiative, which would place US resources towards ensuring that AI technology is made locally. According to the guidance, the idea is to ensure that agencies do not introduce regulations and rules that "hamper AI innovation and growth".

You need either "Information" or "Knowledge". HUNT from Vistaar is "AI driven" search of our internal repository consisting of over 980K regulations and guidance documents from global health authorities which gets updated daily. So get your "Authoritative" documents from different countries at 1 place and get them in 1 search. Be sure about the documents.

Regulation of AI Should Reflect Current Experience The Regulatory Review 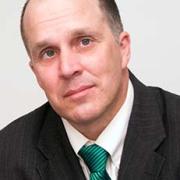 Federal guidance on artificial intelligence needs additions to ensure the U.S. has a seat at the international table. The rapid proliferation of applications of artificial intelligence and machine learning--or AI, for short--coupled with the potential for significant societal impact has spurred calls around the world for new regulation. The European Union and China are developing their own rules, and the Organization for Economic Cooperation and Development has developed principles that enjoy the support of its members plus a handful of other countries. In January, the U.S. Office of Management and Budget (OMB) also issued its own draft guidance, ensuring the United States a seat at the table during this ongoing, multi-year, international conversation. The U.S. guidance--covering "weak" or narrow AI applications of the kind we experience today--reflects a light-touch approach to regulation, consistent with a desire to reward U.S. ingenuity.

The rapid advancement of Artificial Intelligence (AI) technologies has already transformed business operations across the globe. From customer service chat-bots to adaptive cybersecurity, the applications of AI are nearly limitless. When properly designed, AI can help minimize paperwork, reduce costs, and drive better business decisions by increasing the predictive accuracy of future outcomes and mitigating the cognitive biases inherent in human decision making. In the financial services industry, AI has the potential to expand access to affordable credit for consumers and small businesses and combat fraud and financial crimes, but many financial institutions remain reluctant to deploy AI to its maximum potential without clear guidance from US regulatory agencies. Like many new technologies, the current AI landscape lacks a depth of established legal and regulatory precedent to rely on.