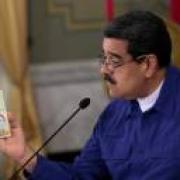 Putin, Syria, and Why Moscow Has Gone War-Crazy

A viewer of Russian television this week could be forgiven for thinking that the end of the world was imminent, and that it would arrive in the form of grand superpower war with the United States, culminating in a suicidal exchange of nuclear weapons. On one day alone, three separate test firings of intercontinental ballistic missiles were broadcast on state media: two by submarine, one from a launch pad in the Far East. Last weekend, NTV, a channel under effective state control, aired a segment on emergency preparedness that included a tour of a Cold War-era bomb shelter, fortified in case of atomic war, and a mention of the municipal loudspeakers that will sound upon the arrival of "Hour X." On Sunday, Dmitry Kiselev, the most bombastic and colorful of Kremlin propagandists, warned on his weekly newsmagazine show that "impudent behavior" toward Russia may have "nuclear" consequences. Grievances against the West and predictions of militaristic doom are not new in Russia--they have run through all sixteen years of Vladimir Putin's rule. But they took on a heightened intensity in early 2014, after Russia's intervention in Ukraine and the U.S. sanctions that followed.

Just days before Syria talks start in Kazakhstan's capital, Astana, former Free Syrian Army (FSA) commander, Mustafa al-Sheikh, visited Moscow and met Russian officials. Sheikh, a former general in the Syrian army, was the highest ranking officer to defect from the Assad regime forces in late 2011 and was head of FSA's supreme military council. Over the weekend, FSA members denounced the visit by Sheikh, saying it was not coordinated with them. "[His visit] caused a lot of anger within the FSA because he took an individual decision and this decision does not represent the FSA," FSA officer Hassan Hamada told Al Jazeera. On January 10, Russia's foreign ministry announced that Sheikh and a "group of Syrian opposition figures" had met Deputy Foreign Minister Mikhail Bogdanov to discuss the situation in Syria.

After strikes against Syria, U.S. and Russia spiral into confrontation

WASHINGTON – After President Donald Trump's election victory, the United States and Russia appeared to be heading toward their smoothest ties in decades. The former Cold War adversaries are once again spiraling into confrontation, punctuated by a U.S. attack on a military base controlled by Syrian President Bashar Assad, Russia's client. No longer optimistic about a "reset" in relations, the U.S. and Russia openly bashed each other Friday, trading caustic accusations about who had violated international law. The last remaining election fog has lifted," Russian Prime Minister Dmitry Medvedev wrote on Facebook on Friday, declaring U.S.-Russian relations "completely ruined." He said Washington had come dangerously close to "a military clash" with nuclear-armed Moscow by firing 59 cruise missiles on the Shayrat air base.

Russian ships are skulking around underwater communications cables, causing the U.S. and its allies to worry the Kremlin might be taking information warfare to new depths. Is Moscow interested in cutting or tapping the cables? Does it want the West to worry it might? Is there a more innocent explanation? But whatever Moscow's intentions, U.S. and Western officials are increasingly troubled by their rival's interest in the 400 fiber-optic cables that carry most of world's calls, emails and texts, as well as $10 trillion worth of daily financial transactions.