The optimal design of compounds through manipulating properties at the molecular level is often the key to considerable scientific advances and improved process systems performance. This paper highlights key trends, challenges, and opportunities underpinning the Computer-Aided Molecular Design (CAMD) problems. A brief review of knowledge-driven property estimation methods and solution techniques, as well as corresponding CAMD tools and applications, are first presented. In view of the computational challenges plaguing knowledge-based methods and techniques, we survey the current state-of-the-art applications of deep learning to molecular design as a fertile approach towards overcoming computational limitations and navigating uncharted territories of the chemical space. The main focus of the survey is given to deep generative modeling of molecules under various deep learning architectures and different molecular representations. Further, the importance of benchmarking and empirical rigor in building deep learning models is spotlighted. The review article also presents a detailed discussion of the current perspectives and challenges of knowledge-based and data-driven CAMD and identifies key areas for future research directions. Special emphasis is on the fertile avenue of hybrid modeling paradigm, in which deep learning approaches are exploited while leveraging the accumulated wealth of knowledge-driven CAMD methods and tools.

Hongliang Xin, an associate professor of chemical engineering in the College of Engineering, and his collaborators have devised a new artificial intelligence framework that can accelerate discovery of materials for important technologies, such as fuel cells and carbon capture devices. Titled "Infusing theory into deep learning for interpretable reactivity prediction," their paper in the journal Nature Communications details a new approach called TinNet -- short for theory-infused neural network -- that combines machine-learning algorithms and theories for identifying new catalysts. Catalysts are materials that trigger or speed up chemical reactions. TinNet is based on deep learning, also known as a subfield of machine learning, which uses algorithms to mimic how human brains work. The 1996 victory of IBM's Deep Blue computer over world chess champion Garry Kasparov was one of the first advances in machine learning.

What is a chemical engineering degree? 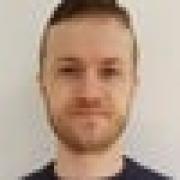 In contrast to current chemical manufacturing methods, characteristics inherent to bioconversion processes--such as the ability to operate at mild temperatures and pressures and achieve high carbon- and energy-conversion efficiencies in single-unit operations--result in more streamlined and less technologically complex processes. These characteristics enable flexible, smaller-scale, and capital expenditure–efficient operation that can both support and benefit from a large number of facilities, according to the economies of unit number model. For example, the capital expenditure entry-level cost of corn-grain ethanol facilities, the most widely developed current example of a bioconversion process, has substantially decreased as the number of plants has increased over the past few decades. This has facilitated rapid, small-scale, and widespread deployment resulting in a more than 10-fold increase in U.S. ethanol production from 1995 to 2015. Advances in metabolic engineering, synthetic biology, genomics, and industrial process design have pushed industrial biomanufacturing closer to more widespread adoption.