In the context of a final Specialty project we were given a month to develop an idea that demonstrates our newly acquired knowledge and techniques.lesson Choosing Machine Learning among all the available specialties was a risky lesson synonymstep that we embarked and enjoyed it, mostly. Covering its mathematical and statistical concepts, supervised learning, unsupervised learning, reinforcement learning we had a wide range of sub-fields to work on but we considered two factors: What time allowed us to do and what area we felt most able to work on. That is how our choice was directed primarily to Natural Language Processing than w had decided what exactly to do? Last year we worked on a bedtime stories application that collected Tunisian folkloric stories and we were asked by one of the presentation jury if is it possible to implement a text to speech feature? 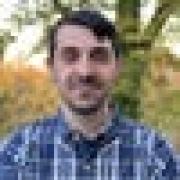 Michael is a veteran technology writer who has been covering business and consumer-focused hardware and software for over a decade. Google revealed a total of 24 new languages coming to its Google Translate platform at this year's I/O event. The full list of new supported languages includes dialects spoken by a total of 300 million people across the globe, Google said. The most widely spoken of the new lot, Bhojpuri, is used by around 50 million speakers in northern India, Nepal, and Fiji. Meanwhile, the rarest addition, Sanskrit, remains in use by just 20,000 individuals in India.

How is Artificial Intelligence Challenging the Translation Industry?

Language is perhaps the most defining factor of humankind. What makes humans different from other animals on the planet is our ability to speak out and communicate via framed words and sentences. The language of a population is one of the most defining factors across countries and nationalities, regions, and cultures. It can define the history, sociocultural situation, and even geographic diversity. From ancient times, there has been a trend for people to understand the language of one another. History traces back to Greeks and Romans traveling all across the world to discover, decipher and translate languages to find out the cultural, political, and social situations from one era to another.

Throughout history, it has repeatedly found itself in the right place at the right time: English-speaking Britain was the leading colonial nation in the 17th and 18th Century, as well as the leader of the Industrial Revolution in the 18th and 18th Century; in the late 19th and 20th Century, English-speaking America was the leading economic power, and was also at the forefront of the electronic and digital revolution of the late 20th Century.

Cultural transmission of vocal dialect in the naked mole-rat

Naked mole-rats are known for their eusocial lifestyle, living in colonies that consist of many workers and a single breeding queen. Little is known about how individuals within these colonies navigate the many interactions that must occur in such a complex cooperative group. Barker et al. show that calls emitted by individuals, in particular the common “chirp” call, convey information specific to the animal's group (see the Perspective by Buffenstein). Group differences are cultural, rather than genetic, and are related to the queen: Cross-fostered pups adopt their rearing colony's dialects, and dialects change with queen replacement. Science , this issue p. [503][1]; see also p. [461][2] Naked mole-rats ( Heterocephalus glaber ) form some of the most cooperative groups in the animal kingdom, living in multigenerational colonies under the control of a single breeding queen. Yet how they maintain this highly organized social structure is unknown. Here we show that the most common naked mole-rat vocalization, the soft chirp, is used to transmit information about group membership, creating distinctive colony dialects. Audio playback experiments demonstrate that individuals make preferential vocal responses to home colony dialects. Pups fostered in foreign colonies in early postnatal life learn the vocal dialect of their adoptive colonies, which suggests vertical transmission and flexibility of vocal signatures. Dialect integrity is partly controlled by the queen: Dialect cohesiveness decreases with queen loss and remerges only with the ascendance of a new queen. [1]: /lookup/doi/10.1126/science.abc6588 [2]: /lookup/doi/10.1126/science.abf7962