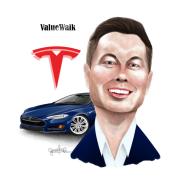 I have a great deal of respect for the vision of Mr. Elon Musk, (Tesla, SpaceX) and have even become something of a SpaceX groupie, watching the SpaceX youtube streaming of every (yes, every) launch. For the last few years, he has been quite vocal about his fears of AI! And many others have joined in with him. Having spent the better part of 40 years in deep IT (Information Technology), I have become somewhat jaded to the alarmist views of these sorts, in documentaries, and Sci-Fi flicks. You know the score, man builds a machine, machine becomes conscious, and attacks its creator; just as the angels and man himself is supposed to have rebelled against their creator (Paradise Lost(1667), John Milton).

Why Are We Scared of Artificial Intelligence

Artificial Intelligence (AI) is being considered as the next technology evolution, which would disrupt a large chunk of jobs performed by human beings. Learning machines, which are being designed, are likely to learn faster than human beings. Consequently, they could even turn out to be our foes, or pose as survival threats to human beings. Not surprising though, a host of important personalities, such as Bill Gates of Microsoft, Elon Musk of Tesla, and Stephen Hawking, the famous physicist of our times, have warned us about the serious consequences that AI would cause to the human race. The last few years have witnessed lot of work, and implementation in the automation space, particularly in Artificial Intelligence.

WHAT IS ARTIFICIAL INTELLIGENCE AND HOW DOES IT WORK?

Even as its engineers were developing the technology platform Watson, managers at IBM knew that cancer would be one of its killer applications. This dreaded disease manifests itself in many different forms, with further variations based on a patient's genetic makeup. Cancer's complexity forces doctors to resort to trial and error to figure out what drugs work. Watson, backed by its artificial intelligence platform, can search through enormous amounts of data and quickly come up with the best treatment method. Watson is thus popular among oncologists, but this piece of technology has other uses too.

Just recently, DeepMind's AlphaGo won a series of Go matches against a top-level human opponent. This victory has caused a mix of excitement and consternation. Are we seeing another case of a bigger and faster machine pushing the edge of performance, or are we perhaps approaching a fundamental crisis of "cognitive competition?" To answer this questions, we look at the succession of game-playing computers, and then explore the rise of "model-free methods" and what it foretells for our future. We have become used to the idea that purpose-built machines can surpass humans in almost any physical task.