A Duke University professor was roundly criticized for encouraging her Chinese students in an email to improve their English on campus and professional settings. A Duke University professor stepped down Saturday after sparking outrage for an email that encouraged her Chinese students to improve their English by committing to speaking it "100 percent of time." Megan Lee Neely, an assistant professor of Biostatistics and Bioinformatics, reportedly emailed the students Friday in response to complaints by two of her colleagues who said they were disappointed that the students "were not taking the opportunity to improve their English," according to screenshots of the exchange that was posted online. Neely encouraged her students to "commit to using English 100 percent of the time" on campus and professional settings and "keep these unintended consequences in mind when you chose to speak Chinese," according to the university's paper, The Duke Chronicle. Screenshots of the email exchange made the rounds on social media and stoked outrage.

The work is a full-scale stage opera detailing Bridgman's life, the first deaf-blind person to gain a significant education in the English language through the efforts of the Perkins School of the Blind in Boston, Massachusetts. The opera deals with significant experiences in her life, including the realization of language, life as a significant celebrity in the mid-19th century, visits from traveling dignitaries like Charles Dickens, the establishment of religion as a reality in her life, and her later years living in the Perkins School where she assisted with younger students and inspired others, including Anne Sullivan, the eventual teacher of the young Helen Keller, whom Bridgman also met near the end of her life when Keller was eight years old. 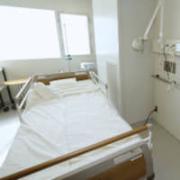 BEIJING – A policy forum that was supposed to be held in Beijing on Nov. 2 was suspended following China's detention in September of a Japanese professor, a source close to the matter said Wednesday. After the fortysomething professor from Hokkaido University was arrested in China for alleged spying, Japanese experts decided against visiting Beijing, the source said, adding it is uncertain when the forum will take place. Since 2015, at least 14 Japanese citizens, including the professor, have been detained in China on various charges such as espionage. All of them are civilians, making the latest case involving a national university professor, equivalent to a public servant, the first of its kind. The policy forum was scheduled to be co-hosted by the Japan Institute of International Affairs, a Tokyo-based think tank, and Peking University in Beijing.

Former University of Missouri professor Melissa Click has landed a new job nearly 1,600 miles away in Spokane, Wash, according to Gonzaga University's website. Click is listed on the faculty page of the university's website as a lecturer. Click was fired from her position as an assistant professor of communications in February, and her appeal of the decision was denied in March. She achieved national attention after video footage of her assaulting a student journalist went viral. Later, video emerged of her yelling profanities at a police officer.

"They recruit these wonderful young people and they don't take care of them," Faculty Senate President Pamela Pyle said in an interview. "To have a high exodus of assistant professorships is not a sign of a healthy workplace, because if they're attracted to a job and kept there positively, they're not in a hurry to leave."