Gorsuch heads for confirmation as Senate tears up own rules

WASHINGTON (AP) — In a confrontation that could reshape the Supreme Court for generations, Republicans tore up the Senate's voting rules Thursday to allow Trump nominee Neil Gorsuch to ascend to the high court over furious Democratic objections.

A US Senate tactic known as a filibuster has just been used for the first time in half a century to block a Supreme Court nominee. Democrats rejected Neil Gorsuch's nomination to the highest court in the land by a 55-45 vote on Thursday. The move will leave Congress even more plagued by bickering and deadlock. Republicans - who control the upper chamber by 52 seats to 48 - fell short of the 60 votes they needed to confirm the Colorado appeals court judge. His confirmation would preserve a conservative majority on the top court.

Senate Majority Leader Mitch McConnell, R-Ky., gives a thumbs up after the Senate invoked the "nuclear option" which will allow for a majority vote to confirm a Supreme Court justice nominee. The vote for nominee Neil Gorsuch is scheduled for Friday. WASHINGTON -- Republicans invoked the "nuclear option" in the Senate on Thursday, unilaterally rewriting the chamber's rules to allow President Donald Trump's nominee to ascend to the Supreme Court. Furious Democrats objected until the end, but their efforts to block Judge Neil Gorsuch failed as expected. "We will sadly point to today as a turning point in the history of the Senate and the Supreme Court," Minority Leader Chuck Schumer of New York said.

Gorsuch is headed for Supreme Court confirmation this week, but only after a partisan battle, Senate leaders say 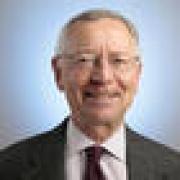 The Senate's Republican and Democratic leaders have set the stage for Judge Neil M. Gorsuch to be confirmed to the Supreme Court this week, but only after a partisan battle that likely will lead to changing the Senate's rules. On Monday, the Senate Judiciary Committee is expected to vote to send the Gorsuch nomination to the full Senate. Debate in the Senate is expected to start on Tuesday, with a final decision by week's end. Senate Minority Leader Charles E. Schumer (D-N.Y.), the minority leader, said Sunday on NBC's "Meet the Press," that it is "highly, highly unlikely" that President Trump's nominee will get the 60 votes needed to cut off debate on the Senate floor under current rules. So far, only three Democratic senators -- Joe Manchin III of West Virginia, Heidi Heitkamp of North Dakota and Joe Donnelly of Indiana -- have said they will vote to end debate and support Gorsuch.