Modernising pharma patents: can AI be an inventor?

Patents are used to grant exclusive property rights to an inventor and prevent their discovery from being copied by others. The main requirements for a patent are that the invention must be novel, non-obvious and be useful or have an industrial application. Patents are a central part of how pharma does business. Pharma products require longer and more complex research and development (R&D) cycles than products in other industries. Consequently, companies invest significant amounts of money into their new products early on in their development.

The artificial intelligence patent landscape shows disruption across the entire technology ecosystem. At present, the USPTO is looking for data on computerized reasoning Artificial Intelligence (AI) Inventions. In spite of the fact that the concentration here is AI development, the important hidden string is corporate invention. For AI Inventions the person who conceives the training program of that AI is the inventor as well. Distinguishing the new unobvious arrangement would establish a discovery, since AI isn't aware, the individual who initially recognizes it makes the discovery.

Cost of Patent Attorney for Drafting and Filing Patent Application 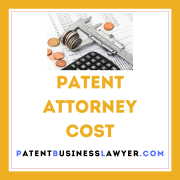 We are in the midst of an AI boom, with investment and merger and acquisition activity in the sector increasing exponentially. This new frontier raises various challenges for IP law, where numerous questions exist about whether the existing legal framework is fit for purpose in the age of the intelligent machine. "Artificial intelligence" is generally used to refer to technology that carries out tasks that normally need human intelligence. Here, we focus on machine learning, a subset of AI that enables computers to learn from data without being explicitly programmed. A machine learning system typically comprises a computational model based on an algorithm (or algorithm stack) with a dataset to train it.

Should a computer be recognised as an inventor?

Ask a child what an inventor looks like and they will probably describe someone in a moth-eaten white coat with wild hair, mixing colourful chemicals and turning dials on bizarre machines in a makeshift laboratory. But ask the same question of a child in the not-so-distant future and they might instead describe an inventing machine, a computer powered by artificial intelligence (AI), to which humanity has outsourced all innovation. As AI becomes more powerful, the role it plays in the creative process becomes more problematic, particularly for those involved in crafting intellectual property (IP) laws. IP laws are usually conceived to encourage innovation and economic growth, to offer fair compensation for creative work or to respect the dignity and honour of the creator. "Like most legislation, [IP law] is about pragmatic compromise between different stakeholders with different ideals and objectives," says Carrick Flynn, research project manager with the University of Oxford's Future of Humanity Institute.