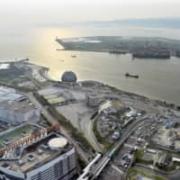 With an aging population and a growing shortage of drivers, Japan is a country where autonomous transportation services would seem to have a bright future. Demand is particularly high for self-driving trucks in regions with few alternatives to hauling freight by road, such as Hokkaido. Among truck manufacturers, UD Trucks Corp., a Japanese unit of Sweden's AB Volvo, has teamed up with an agricultural cooperative in the northern prefecture that is increasingly concerned about the declining number of delivery truck drivers. The company has been testing its autonomous heavy-duty trucks on a 1.5-km-long (about 1 mile) designated route in and around a sugar factory in Shari, eastern Hokkaido. The truck is capable of Level 4 self-driving, meaning it performs all driving tasks without human intervention within a limited area, even in emergencies.

What Does Tesla's Automated Truck Mean for Truckers?

On Thursday night, Elon Musk rolled out Tesla's biggest gizmo yet: a fully electric semitruck. The Semi can go a whopping 500 miles between charges, hauling 80,000 pounds along the way. The truck comes with Enhanced Autopilot, the second generation of Tesla's semiautonomous technology, equipped with automatic braking, lane keeping, and lane departure warnings.

While self-driving trucks and self-driving cars make use of much of the same technology to power their AI systems, it would be a mistake to think the expected roll out date of both developments to would be identical. The sheer weight of semi trucks creates unique technological challenges compared to self-driving cars. The substantial weight of trucks means the time it takes to stop a them is much longer than cars, and trucks have less ability to swerve to avoid an accident. At the same, the way the way trucks are deployed creates possible uses of autonomy which would be economically viable for commercial trucks but not commercial cars. For example, some trucks will spend their entire lifecycle operating on only a limited piece of private property, such as a mine, which simplifies the legal and technical issues with creating an autonomous system. 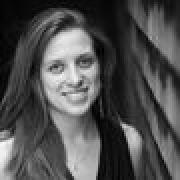 Self-driving trucks are moving freight in Arizona using Uber Freight, the company announced Tuesday. The tool helped transfer a load last month from the Midwest to its final destination in Southern California. For 340 miles of the trip, the truck drove itself across Arizona highways. Uber Freight has been coordinating hauls like this since November. This isn't the first time the company has driven self-driving trucks on public roads.

But they will get here faster if states and the federal government invest in infrastructure to promote their development. Investments could include a lane on the highway that is restricted to autonomous trucks. The investments might also include special parking lots built near exits on the interstate where drivers take autonomous trucks from a regional warehouse, get out, and push the go button freeing the truck to drive autonomously to another parking lot near an interstate exit where a driver is waiting to catch the truck. The investments could even include incentives for telecommunications companies to improve the cellular coverage along certain interstates or the placement of different types of sensors along a road that communicate directly with autonomous trucks. Should states make these investments?