It's more obvious than ever: Trump doesn't care a whit about the national interest

For a president who lies more than any of his predecessors -- even Lyndon Johnson and Richard Nixon! -- Donald Trump can also be candid to a fault. Recall how, after firing FBI Director James Comey, he blew apart the administration spin that this had nothing to do with any investigation of the Trump campaign by openly admitting that he acted because of the "Russia thing." Now he's done it again. Trump's aides claimed that he was tough on Vladimir Putin during their meeting in Hamburg, Germany. Secretary of State Rex Tillerson said Trump "pressed President Putin on more than one occasion regarding Russian involvement." 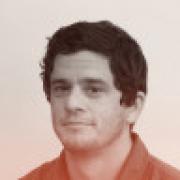 The much-anticipated meeting between President Donald Trump and Russian President Vladimir Putin provided no shortage of fodder for the internet -- especially when it came to the two leaders' handshake. Twitter and other social media platforms had much to say about the interaction, as is often the case in Trump's moments with other leaders. The pair shook hands Friday ahead of a G20 summit meeting in Hamburg, Germany. Trump and Putin met briefly to speak before the bilateral talks scheduled for later in the day. In a video from the interaction, they are both be seen smiling, and Trump could also be seen patting Putin on the back after the rather informal handshake.

A German state government announced plans Thursday to shut down the region's Facebook page because of concerns over the company's handling of data protection issues. The governor's office in the eastern state of Saxony-Anhalt cited a year-old ruling by the European Union's top court stipulating that the administrator of a "fan page" on Facebook is jointly responsible along with the social media company for the processing of visitors' data. It said that, since that decision, Facebook's Ireland-based European subsidiary had taken no measures to give page operators insight into its processing of personal data. The office said it will soon take down the region's Sachsen-Anhalt.de Germany is strongly protective of data privacy.

Twitter trolls run by the Kremlin's Internet Research Agency. Denial of service attacks and ransomware deployed across Ukraine. Spies hidden in the heart of Wall Street. And a century-old fabricated staple of anti-Semitic hate literature. At first glance these disparate phenomena might seem only vaguely connected. Sure, they can all be traced back to Russia. But is there any method to their badness? The definitive answer, according to Russia experts inside and outside the US government, is most certainly yes. In fact, they are part of an increasingly digital intelligence playbook known as "active measures," a wide-ranging set of techniques and strategies that Russian military and intelligence services deploy to influence the affairs of nations across the globe. As the investigation into Russia's influence on the 2016 election--and the Trump campaign's potential participation in that effort--has intensified this summer, the Putin regime's systematic effort to undermine and destabilize democracies has become the subject of urgent focus in the West. According to interviews with more than a dozen US and European intelligence officials and diplomats, Russian active measures represent perhaps the biggest challenge to the Western order since the fall of the Berlin Wall. The consensus: Vladimir Putin, playing a poor hand economically and demographically at home, is seeking to destabilize the multilateral institutions, partnerships, and Western democracies that have kept the peace during the past seven decades.