Physics Nobel goes to discoverers of world of stranger things

The 2016 Nobel Prize in physics has been awarded to David Thouless from the University of Washington, Duncan Haldane from Princeton University, and to Michael Kosterlitz from Brown University for "opening the door on an unknown world where matter can assume strange states". Their work involved using the mathematical field of topology to look at unusual states of matter, such as superconductors and superfluids. In topology, the goal is to describe shapes and structures by some fundamental characteristics, like the number of holes. So topologically speaking, a mug is the same as a bagel, as they both have one hole, but a pretzel is different because it has two. It's hoped that their work will give rise to new developments in material science and electronics, including in quantum computing.

Regional inequality in the UK is becoming more pronounced, Bank of England chief economist Andrew Haldane has warned. London and the South East are the only places in the UK where income per head is back above pre-financial crisis levels, he said. Net wealth has also fallen in places such as the north-east of England. But without action by the Bank, the regions could have faced economic contraction, he added. "The UK, I think, is towards the bottom of the league table within Europe in terms of its degree of difference across regions," Mr Haldane told the BBC economics editor Kamal Ahmed.

Many global regulators have warned about cryptocurrencies this year and China has banned financial institutions from processing them. Carney said this would be a step too far, given the potential of the underlying technology to improve payments and asset clearing and settlement.

Are new types of matter on the horizon? Researchers reveal how Nobel Prize could boost research

The 2016 Nobel Prize in physics has been awarded to David Thouless, Duncan Haldane and Michael Kosterlitz, three theoretical physicists whose research used the unexpected mathematical lens of topology to investigate phases of matter and the transitions between them. Topology is a branch of mathematics that deals with understanding shapes of objects; it's interested in'invariants' that don't change when a shape is deformed, like the number of holes an object has. Physics is the study of matter and its properties. The Nobel Prize winners were the first to make the connection between these two worlds. The Nobel Prize for Physics has been awarded to three Brits for their research into'exotic matter'.

Social Media Jacked Your Attention And Sold It, How to Get It Back and Thrive 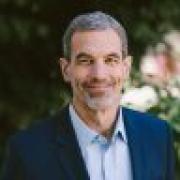 Here's the problem: we sold our attention and it made us dumb, polarized and easy to manipulate. And another thing, it broke the economy. Former Googler Tristan Harris, argues that companies that created social media and mobile tech have constructed an "extractive attention economy". Among the problems this new economy has created, his Center for Humane Technology points to digital addiction, mental health challenges, a breakdown of truth, polarization, political manipulation and superficiality. Harris claims social media downgrades humanity with artificial intelligence (AI) that has gotten very good at exploiting our weaknesses.