Neura, a startup that helps developers see how users interact with their apps, has raised a Series B of $16 million. The round was led by returning investors Pitango Venture Capital and Liberty Technology Venture. Other participants included Moneta Capital, Amdocs and AXA Ventures. The San Francisco-headquartered startup's last round of funding was an $11 million Series A announced in 2016. The new round brings its total funding to $32 million and will be used on hiring, growing its business in the United States and the European Union and launching new products. 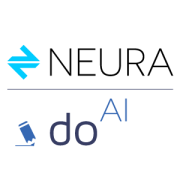 By analyzing their tech ecosystems, activities, habits and metrics - we get you the insights and the knowledge you need. If you're interested to learn more about Neura, you can visit our website or developer site. It means that we tap into the relevant channels on the user's phone (Accelerometer, screen state, GPS and much more), then crunch the data with our Machine Learning algorithms. As a result of all that crunching, we arrive to actionable conclusions (API calls and profiles you can request) relating to the user's past, present and future. If the user agrees, they can share parts of this knowledge in return for tangible product-related value (e.g.

The future of robotics in healthcare

The data which shows that robot-assisted procedures accounted for 15.1% of all general surgeries in 2018, up from 1.8% in 2012,1 is an indication of two things: In the long term, integrating robotics into surgical procedures will result in a more enhanced healthcare system: we would be able to perform more complex surgical procedures, and as a result, save more lives. But this change would also require a pivot in the educational system. In order to sustain a high standard of performance using the existing solutions on the market, doctors would need to understand the basics of robotics; otherwise a more intuitive navigation system will be required. In addition to the rise in surgical robots, there has a rapid increase in the overall implementation of robotics applications in healthcare. The COVID-19 pandemic has shifted the way robots are perceived – now they can be involved in patient screening, surface disinfection, positioning of medical devices and distribution of medicines, while keeping nurses and doctors safe from infection.

Neura, a personalization platform for app developers, today announced the launch of Moments, which aims to synthesize a smartphone user's situation within a specific context, place, and time. "It delivers personalization that is based on the real world," Neuro CEO Amit Hammer told VentureBeat in a phone interview. "It discovers the preferences and needs of people so it can serve them better." Here's how it works: Neura taps a well of data from devices like smartwatches, door locks, body weight scales, appliances, home security systems, and more, partnering with internet of things (IoT) manufacturers like Philips. Its "hybrid" AI engine ingests the data and learns users' sleep schedules and daily routines, which it uses to populate cloud-hosted profiles that Neura calls True Personas.

You're probably used to waking up to coffee, thanks to a pre-programmed machine. But what about an oven that offers breakfast options based on your health and recipes designed around your level of activity for the day? Or a thermostat that adjusts for the day's weather and knows when you're headed out? Or plumbing that alerts you to the exact location of a leak, or plugs that deliver electricity only when you need an item to work? Today Neura is introducing an AI solution that makes all of this a reality – turning IoT environments into truly connected universes that allow companies to connect to their customers during the most meaningful moments.