A powerful antibiotic that kills some of the most dangerous drug-resistant bacteria in the world has been discovered using artificial intelligence. The drug works in a different way to existing antibacterials and is the first of its kind to be found by setting AI loose on vast digital libraries of pharmaceutical compounds. Tests showed that the drug wiped out a range of antibiotic-resistant strains of bacteria, including Acinetobacter baumannii and Enterobacteriaceae, two of the three high-priority pathogens that the World Health Organization ranks as "critical" for new antibiotics to target. "In terms of antibiotic discovery, this is absolutely a first," said Regina Barzilay, a senior researcher on the project and specialist in machine learning at Massachusetts Institute of Technology (MIT). "I think this is one of the more powerful antibiotics that has been discovered to date," added James Collins, a bioengineer on the team at MIT. "It has remarkable activity against a broad range of antibiotic-resistant pathogens."

Researchers in the US have used artificial intelligence (AI) to discover a powerful new type of antibiotic capable of killing drug-resistant bacteria. Scientists at MIT trained a machine learning algorithm to analyse the molecular structures of chemical compounds and pick out potential antibiotics. The deep learning model was designed to identify compounds capable of killing bacteria using different mechanisms to those of existing drugs. After analysing some 2,500 different molecules, the AI system identified a new antibiotic compound which, in lab tests, killed many of the world's most problematic disease-causing bacteria, including drug-resistant strains. The new antibiotic compound has been dubbed halicin, named after the the rogue AI system, Hal 9000, from 1968 film 2001: A Space Odyssey. 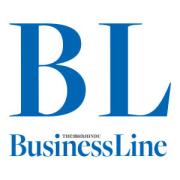 Massachusetts Institute of Technology (MIT) researchers have discovered a powerful antibiotic compound using their machine-learning algorithm to counter many of the world's deadliest bacteria, including some strains that are immune to all known antibiotics. It prevented infections in two different mouse models, according to MIT official release. An advanced computer model that can screen more than a hundred million chemical compounds was used to design potential antibiotics that can kill dangerous bacteria. Speaking about the discovery, James Collins, the Termeer Professor of Medical Engineering and Science at MIT stated in a press release: "We wanted to develop a platform that would allow us to harness the power of artificial intelligence to usher in a new age of antibiotic drug discovery. He added that the researchers at MIT revealed this "amazing" molecule which is arguably one of the most potent antibiotics that has ever been discovered.

Researchers at Massachusetts Institute of Technology (MIT) have harnessed a machine-learning algorithm to identify a new antibiotic compound that, in laboratory tests, killed many of the world's most challenging disease-causing bacteria, including some strains that are resistant to all known antibiotics. The new antibiotic candidate, which has been given the name halicin--after the fictional artificial intelligence system from "2001: A Space Odyssey,"--was discovered in the Drug Repurposing Hub, and is structurally different to conventional antibiotics. Initial in vivo experiments showed that halicin was effective against Clostridium difficile and pan-resistant Acinetobacter baumannii infections in two mouse models. "We wanted to develop a platform that would allow us to harness the power of artificial intelligence to usher in a new age of antibiotic drug discovery," said James Collins, PhD, the Termeer professor of medical engineering and science in MIT's Institute for Medical Engineering and Science (IMES) and department of biological engineering. "Our approach revealed this amazing molecule which is arguably one of the more powerful antibiotics that has been discovered."

Once-powerful antibiotics are losing their efficacy at a disconcerting pace as bacteria evolve immunity to our drugs. At least 700,000 people around the world now die each year from infections that could formerly be treated with antibiotics. A report last year from the United Nations Interagency Coordination Group on Antimicrobial Resistance warned that if no new major advances are made by 2050, mortality could leap to 10 million deaths a year. What makes this prognosis all the more dire is that the antibiotic pipeline has slowed to a trickle. In the past two decades, only a few new antibiotics have been found that kill bacteria in novel ways, and rising resistance is a problem for all of them.