Have you ever wondered what it might be like to climb Mount Everest? While many of us have, extremely few will ever get the chance. New virtual reality software claims it can immerse users in an experience second only to the real thing, allowing them to yank ropes, wield ice axes and navigate up the world's highest peak. The new technology, developed by Icelandic-based Solfar Studios and visual effects company RVX, has been dubbed Everest VR. It costs £10.99 ($14) but requires a virtual reality headset - which costs hundreds - and a powerful computer to run the Windows software. 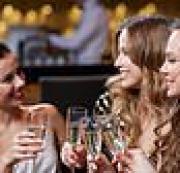 An amazing simulation gives you a virtual tour of the violent black hole at the centre of the Milky Way galaxy. The animation shows dust and gas whipping around the edges of Sagittarius A* at speeds of up to 56,000 miles per second (90,000 kilometres per second). Scientists know the supermassive black hole sits in the middle of our galaxy, but have yet to get a good look at it because it is hidden behind huge plumes of gas. Researchers at the Radboud University in the Netherlands and Goethe University in Germany have built the world's first virtual reality simulation of the object. They used a host of recent models of Sagittarius A* to show what the black hole may look like to the naked eye.

Facebook announced that it is releasing DeepFovea, a new state-of-the-art foveate rendering using AI technology. Engineers at the Facebook Reality Labs have come up with an imagery assistant for creating a "plausible peripheral image" rather than the actual peripheral imagery, which in reality is hazy and unfocused as the gaze is focused on something else. This image rendering is called Foveated Reconstruction, which is done by a 14 times compression of pixels on the RGB (Red, blue, Green) video without compromising on the quality, and which is realistic and gaze-contingent. DeepFovea is one of the first generative adversarial network (GAN) able to produce natural video sequences, say the facebook developers of the technology. "DeepFovea can decrease the amount of compute resources needed for rendering by as much as 10-14x while any image differences remain imperceptible to the human eye," according to Facebook.

VR Pilot Training Now Comes With a Sense of Touch

Aviation simulators--the most valuable training tool pilots have--have to get things right. The response of the aircraft when you flip a switch or pull on the yoke. It all must be as high fidelity, as true to life, as possible. Otherwise, pilots risk uncertainty or disorientation when transferring their simulated experience to the real world. With the rise of virtual reality-based simulation, in which users wear headsets instead of sitting in a cockpit where everything is real but the view out the windshield, the challenge of maintaining that verisimilitude has really taken off.