Half of all federal research funding in the United States goes to recipients based in six states and the District of Columbia, leaving the other 50% of funding split among those in the remaining 44 states, the National Science Foundation's annual Survey of Federal Funds for Research and Development shows. The concentration of geographic funding to primary recipients in California, Maryland, Massachusetts, New York, Texas, Virginia, and the District of Columbia was cited by Kei Koizumi, a senior science policy adviser for the American Association for the Advancement of Science, during a panel presentation exploring the evolution of federal research funding in the United States, France, Japan, and other Organization for Economic Co-operation and Development member countries. "We have abundant research that shows the majority of U.S. students go to school in their home states," said Koizumi during the presentation on 13 July. "So, if research funding is not happening in their state, then they are missing out on an opportunity to participate in our science and technology enterprise." Concentrated research funding distribution levels, he added, deny states economic development, growth, and jobs that the system develops. 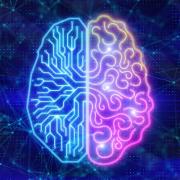 Two tech-savvy lawmakers have partnered together with two prominent think tanks to produce a report detailing guidelines for a national artificial intelligence strategy. Will Hurd, R-Texas, and Robin Kelly, D-Ill., joined with the Bipartisan Policy Center and the Center for New American Security to develop a series of white papers exploring topics in artificial intelligence.The first two reports covered national security and the workforce. The third, which was announced Thursday, called on the federal government to effectively double funding for AI research and development. The new report makes 14 recommendations, beginning with the call for increased research and development funding. The aim is to increase funding year over year to reach a goal of $25 billion per year by 2025.

The Ministry of Defence has a funding black hole of at least £7bn in its 10-year plan to equip the UK's armed forces, according to a report by the Commons spending watchdog. The Public Accounts Committee said the MoD lacked the ability to "accurately cost programmes" and that the shortfall could reach £14.8bn by 2028. MPs added the government did not have a "coherent and credible" funding plan. The MoD said it was "addressing the financial challenges" it is facing. A spokesman for the department added: "We are confident that we will deliver the equipment plan within budget this year, as we did last year, as we strive to ensure our military have the very best ships, aircraft and vehicles."