An artist's impression of the European Space Agency's Rosetta probe, which aims to be the first to land on a comet. Several research groups, including a team led by geneticist Erika Sasaki and stem-cell biologist Hideyuki Okano at Keio University in Tokyo, hope to create transgenic primates with immune-system deficiencies or brain disorders. This could raise ethical concerns, but might bring us closer to therapies that are relevant to humans (mice can be poor models for such disorders). The work will probably make use of a gene-editing method called CRISPR, which saw rapid take-up last year. The European Space Agency's Rosetta spacecraft could become the first mission to land a probe on a comet. 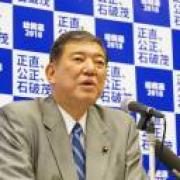 A team of Japanese universities has found that an existing drug for malignant melanoma, a type of skin cancer, may be effective against Parkinson's disease. The drug, dabrafenib, curbs nerve cell death, said the team of researchers from Kobe University, Osaka University and the University of Tokyo. An article on the team's discovery will be posted on the online version of the British journal Human Molecular Genetics. In Parkinson's disease, the death of dopamine-producing nerve cells in the brain leads to symptoms including shaking limbs and gait problems. "Currently, dopamine injection is the main treatment for the disease. 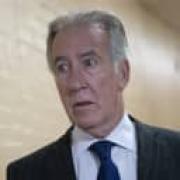 LONDON - Eleven million deaths worldwide in 2017 were linked to people eating poor diets high in sugar, salt and processed meat that contributed to heart disease, cancer and diabetes, a global study found. The research, published in the Lancet medical journal, found that among 195 countries studied, the proportion of diet-related deaths was highest in Uzbekistan and lowest in Israel. The United States ranked 43rd, while Britain was 23rd, China 140th and India 118th. Consumption of healthier foods such as nuts and seeds, milk and whole grains was on average too low, and people consumed too many sugary drinks and too much processed meat and salt. This led to one in five deaths in 2017 being linked to bad diets. 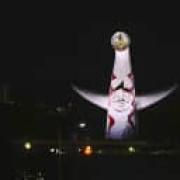 A cafe featuring robot waiters remotely controlled from home by people with severe physical disabilities has been launched in Minato Ward, Tokyo. Five robots measuring 1.2 meters tall, controlled by people with conditions such as amyotrophic lateral sclerosis (ALS), a form of motor neuron disease, took orders and served food as the cafe opened Monday on a trial basis. The cafe will be open until Dec. 7. The OriHime-D robots transmit video images and audio via the internet, allowing their controllers to direct them from home via computer. "(The robots) enable physical work and social participation," said Kentaro Yoshifuji, CEO of Ory Lab Inc., the developer of the robot and one of the three entities organizing the cafe. 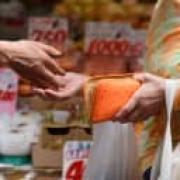