Recently unsealed court documents link 18-year-old Michael Kadar to a posting on the now-shuttered illicit marketplace AlphaBay advertising a "School Email Bomb Threat Service." The poster offered to send customized threats to schools for $30, plus a surcharge if the buyer sought to have someone framed. The price would increase if the buyer wanted to target more than one school or an entire district, according to the post, whose author offered refunds if a threat produced no evidence of success. 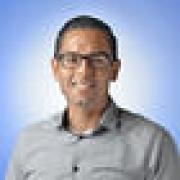 A bomb threat phoned into the Getty Center in Brentwood caused the Los Angeles Police Department to evacuate and later close the facility Tuesday afternoon. According to LAPD spokesperson Officer Drake Madison, the bomb threat was called in shortly before 3 p.m. The bomb squad was notified but not yet deployed pending further investigation of facility grounds. While no formal evacuation took place, those inside were advised to leave. Then, about 4 p.m., the Getty decided to close early because of the threat, Madison said.

Person Who Made Phone Threat to Oklahoma School Identified

The Oklahoma Department of Rehabilitation Services says the school in Sulphur, about 75 miles south of Oklahoma City, closed after receiving the threat on Aug. 16. Officials said at the time they believed the call was linked to threats against a transgender student who attends another school that was closed over safety concerns.

With cybercrime taking a significant toll on the world economy, large enterprises have the option of using DNS to protect against threats. However, the cost of subscribing to threat intelligence feeds, or paying a commercial provider to identify and block malicious sites, often puts the solution out of reach for individuals and small businesses. 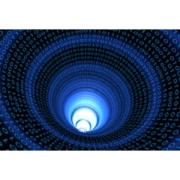 Whether we realize it or not, our digital lives and what we see on the internet are controlled and determined by algorithms and analytics. Through them, businesses learn what our preferences are and what we're drawn to in order to target us with information. The idea is to present us with information that is most relevant to us. In the same way, cybersecurity professionals are constantly faced with an enormous amount of threat data to sift through and prioritize on a daily basis. In fact, "too much data to analyze" is the number one obstacle inhibiting companies from defending against cyber threats according to the 2019 Cyberthreat Defense Report by CyberEdge.