Greece wildfires: At least 74 dead as blaze 'struck like flamethrower'

Survivors of the wildfires that have killed at least 74 people in Greece have described how they were forced into the sea by a blaze that "struck like a flamethrower". "The flames were chasing us all the way to the water," said one victim. Meanwhile, the bodies of 26 adults and children who apparently died hugging each other were found close to the sea. As the search for missing persons continues, a website has been set up to help relatives trace their loved ones. Hundreds of firefighters have been battling the flames, which have been fanned by winds of up to 60mph (100km/h) and have devastated the seaside village of Mati, engulfing homes and vehicles.

In mourning, Greece hunts for more victims as wildfires kill at least 74, send survivors into the sea 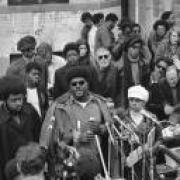 ATHENS – Greece was in mourning Tuesday following some of the worst wildfires this century, with fears the toll -- at least 74 dead and 187 injured so far -- could rise, as rescuers search for people trapped in their homes or burned-out cars. The fires, which broke out on Monday afternoon, devoured homes and forests, forcing terrified residents to flea into the sea for safety, while pine forests were reduced to ash and charred cars lined the smoke-filled streets of seaside towns near Athens. "Today, Greece is in mourning," said Prime Minister Alexis Tsipras, who cut short a visit to Bosnia and announced three days of national mourning. Greek media described the disaster as a "national tragedy. The government has not yet said how many people were regarded as missing.

Several forest fires, fuelled by strong winds, are raging around Greece's capital, Athens, damaging homes, disrupting major transport links and sending people fleeing for their lives. Authorities on Monday declared a state of emergency in two areas near Athens and said Greece would call on the European Union for assistance. The first blaze broke out in a forest near the coastal settlement of Kineta, some 55km west of the capital. Residents were urged to abandon their homes as the ferocious fire closed one of Greece's busiest motorways, shut train services and sent plumes of smoke over the capital. Later in the late afternoon, a large fire also erupted north and east of Athens.

Forest fires raging across Greece have killed at least 20 people, the government says, as the authorities there seek international assistance. Hundreds of firefighters are battling the blazes and people have left their homes near the capital, Athens. A search and rescue operation is underway for 10 tourists who fled one of the fires in a boat, officials say. "We will do whatever is humanly possible to control it," Prime Minister Alexis Tsipras told reporters. He cut short an official trip to Bosnia in order to help coordinate the response to the situation, which firefighters have described as "extremely difficult".