Trump's Vainglorious Affront to the C.I.A.

The death of Robert Ames, who was America's top intelligence officer for the Middle East, is commemorated among the hundred and seventeen stars on the white marble Memorial Wall at C.I.A. headquarters, in Langley, Virginia. He served long years in the region's hellholes--Beirut; Tehran; Sanaa, Yemen; Kuwait City; and Cairo--often in the midst of war or turmoil. Along the way, Ames cultivated pivotal U.S. operatives and sources, even within the Palestine Liberation Organization when it ranked as the world's top terrorist group. In April, 1983, as chief of the C.I.A.'s Near East division, back in Washington, Ames returned to Beirut for consultations as Lebanon's civil war raged. Shortly after 1 P.M. on April 18th, 1983, Ames was huddling with seven other C.I.A. staff at the high-rise U.S. Embassy overlooking the Mediterranean, when a delivery van laden with explosives made a sharp swing into the cobblestone entryway, sped past a guard station, and accelerated into the embassy's front wall.

In September, 2011, I met General James Mattis, then in charge of U.S. Central Command, at its headquarters, in Tampa, Florida. Central Command directs American military forces in the Middle East, Afghanistan, and Pakistan. The General's staff had agreed to allow me to travel with him on an extensive tour of "the sandbox," as American military officers sometimes call the region. The itinerary was the sort that a travel agent on hallucinogens might propose: Tampa-Amman-Cairo-Doha-Abu Dhabi-Islamabad-Kabul, plus a final stopover in Tallinn, the capital of Estonia. I would be the only reporter on his plane for eight days or so.

BEIRUT (Reuters) - The Syrian government on Wednesday condemned U.S. President Donald Trump's decision to recognize the city of Jerusalem as the capital of Israel and to move the U.S. Embassy there from Tel Aviv, Syrian state news agency SANA said. 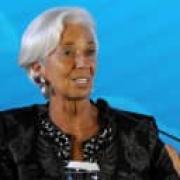 WASHINGTON/DUBAI, UNITED ARAB EMIRATES – Saudi Arabia is running out of time to explain to the Trump administration what happened to journalist Jamal Khashoggi within its consulate in Turkey. The administration increasingly regards Saudi Arabia's denial of any involvement of Khashoggi's disappearance as untenable, and President Donald Trump and his aides are more and more convinced that the Washington Post writer died after entering the Saudi Arabian Consulate in Istanbul on Oct. 2 to pick up a document for his wedding, said three U.S. officials who asked not to be identified because of the sensitivity of the matter. Despite increasing pressure from Congress, Trump is reluctant to cancel multimillion-dollar arms sales to Saudi Arabia out of concern the U.S. ally will turn to Russia or China instead. But a range of other punishments are under discussion within the administration, from downgrading diplomatic relations or sanctioning Saudi officials to following major U.S. companies in withdrawing officials from an investment conference in Riyadh later this month. White House economic adviser Larry Kudlow warned Sunday of "stern action" by Trump if Saudi Arabia is found responsible for Khashoggi's disappearance.

As more details emerge about the'electronics ban' imposed by the U.S. on a raft of Middle East airlines, it increasingly looks like a crude attempt to damage those airlines and dissuade people from traveling to the U.S. from the Middle East. News first emerged on March 20 of a new regulation barring passengers from bringing any electronics device larger than a cell phone into the cabin on non-stop flights from the Middle East to the U.S. Since then, further details have been revealed. No on-the-record statements have yet been made by administration officials, but the broad terms of the ban have been set out in anonymous briefings to the media. The routes affected are direct flights to the U.S. from Amman in Jordan; Cairo in Egypt; Istanbul in Turkey; Riyadh and Jeddah in Saudi Arabia; Kuwait City in Kuwait; Doha in Qatar; Dubai and Abu Dhabi in the United Arab Emirates; and Casablanca in Morocco. The airlines that fly from these airports to the U.S. are Royal Jordanian, Egypt Air, Turkish Airlines, Saudia, Kuwait Airways, Qatar Airways, Emirates, Etihad and Royal Air Maroc.