Daytona USA: why the best arcade racing game ever just won't go away

If you were to set foot inside the Heart of Gaming, a densely packed treasure trove of classic and modern arcade games in Croydon, there is one cabinet you'd almost certainly have to queue to play on. Featuring chunkily texture-mapped stock cars, snaking between each other on swooping circuits below an azure blue sky, Daytona USA, is one of the greatest driving games ever made. Released in 1993, and available in a variety of cabinets from basic standing model to full-on deluxe recreation of the player's 41 Hornet car, Sega's masterpiece always pulls a crowd. The game can still be found in public places all over the UK and beyond, while myriad ports have made their way to everything from Dreamcast to PlayStation 3. The reason why this grunting, knockabout NASCAR sim still thrives, and the reason the third new cabinet-based game in the series is now gradually making it to arcades globally, is rather intangible. In a genre where innovation and individuality are arguably stifled by game design conventions, Daytona USA stands out as truly special, even amid Sega's own crowded starting grid of genre-defining racers.

The Ben Heck Show team has been approached to repair and enhance a vintage Japanese arcade Pachinko machine! Pachinko machines are common gambling games in Japan, and are still in use today. Most of the modern titles have hidden features, hints and instant-win mechanisms, so it makes sense that the team uses their 3D printing and microcontroller know-how to bring this mechanical wood, plastic and metal version up to electronic standards. Have you built or repaired an arcade machine? What arcade machine would you want to make? 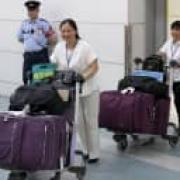 SAITAMA - With the final New Year's celebrations of the Heisei Era approaching, a famous game arcade in Saitama Prefecture has installed a claw machine with prizes that are likely to give customers nostalgic feelings of earlier years in Emperor Akihito's reign. The prizes include a virtual pet similar to the once mega-popular Tamagotchi and some ultrasmall illustrated books attached to keychains. Customers can play the game for ¥100 per try. "I hope everybody will enjoy playing while looking back at the era at the same time," said Naoya Igarashi, manager of Game Center Everyday in Gyoda. The machine will be in operation until the prizes run out or the end of April, the arcade said.

If you've shotgunned and boot-stomped your way through the new Doom campaign (and if you haven't yet, you should) fear not: Bethesda has plenty more demon hunting ready to go. The developer released "Free Update 4" this week, which comes with a nifty arcade mode. Every gun, suit and "Rune" upgrade is unlocked from the start, giving you the best possible edge in the battlefield. The aim is to blitz through the "streamlined" game in the shortest time possible, avoiding enemy attacks and racking up multipliers. Points are rewarded for butt-kicking your opponents, leading to a final score that you can compare with friends.

It's time to fight with style. The peripheral, which supports PC and Switch, has a bunch of customisation options to suit different players. It has a "universal mounting plate," for instance, so fighting game enthusiasts can swap in sticks and buttons made by other manufacturers. It also supports 8BitDo's Ultimate Software so that, unlike the company's old N30 arcade stick, you can change the button mapping, save custom profiles, and execute macros with the P1 and P2 options in the top right-hand corner. You can connect the stick over Bluetooth, a USB-C cable, or a wireless 2.4G receiver that's cleverly stored on the underside of the stick.