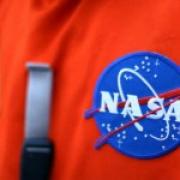 Dubai will soon be introducing Artificial Intelligence (AI) in its government sectors, a media report said. A new Artificial Intelligence (AI) smart lab will soon begin training government officials to implement AI in a wide variety of tasks that will make lives easier, reported Khaleej Times. The lab, launched during a workshop by the Smart Dubai Office (SDO) and Smart Dubai Government Establishment, will begin training a batch of 200 persons next month, but will later on be open to researchers, students and the general public, said the report. "To move towards the future, we have to redefine government and embed AI in our services. We have no choice but to embrace technology," said Aisha Bint Butti Bin Bishr, Director-General of Smart Dubai Office.

Yann LeCun - The Power and Limits of AI: Present and Future

Yann LeCun is Director of Facebook AI Research and Silver Professor at NYU, affiliated with the Courant Institute and the Center for Data Science. He received a PhD in Computer Science from Université P&M Curie (Paris). After a postdoc at the University of Toronto, he joined AT&T Bell Labs, and became head of Image Processing Research at AT&T Labs in 1996. He joined NYU in 2003 and Facebook in 2013. His current interests include AI, machine learning, computer vision, mobile robotics, and computational neuroscience.

By 2050 humans will communicate completely without words

By 2050, humans will ditch speech and communicate using nothing but their thoughts.

Dubai to Use Artificial Intelligence in Government Services, Public Sector

The Smart Dubai Office and Smart Dubai Government Establishment launched an artificial intelligence (AI) smart laboratory to begin training of 200 people in April and later it will be open for visits to the general public too, the Khaleej Times newspaper reported. "To move towards the future, we have to redefine government and embed AI in our services. We have no choice but to embrace technology … We want to replace call centers and help parents choose schools for their children using cognitive computing," Aisha bint Butti bin Bishr, the director-general of Smart Dubai Office, was quoted as saying by the newspaper. According to the city officials, the artificial intelligence will not replace regular jobs and will not be responsible for the human interactions, but instead will be focused on helping people to fulfill their duties better by performing quick search through the archives and other operations, where the influence of human factor is likely to cause mistakes. Earlier in January, the Japanese Mitsubishi Research Institute said that the introduction of artificial intelligence machines in Japan is expected to create 5 million workplaces by 2030.

Adding cognitive abilities to a machine may appear to many as the background plot of every science-fiction movie, however, the debate around the future and limitations of Artificial Intelligence (AI) has unquestionably existed for decades in the world of computer automation systems, especially with AI being a rapidly growing trend in emergent technologies. AI algorithms are already in use in modern society and making human life easier; technologies such as voice recognition, car navigation systems, chatbots, social networking, purchase suggestions, robotics in healthcare, and many more, rely on these algorithms to perform the task they were specifically designed to accomplish. So far, these technologies are considered positive by various smart tech enthusiasts who believe that AI can be even further developed for the greater good. However, the question many of the wary poses is: will researchers and scientists proceed in developing artificial intelligence technologies to the point where humans lose the ability to understand and control the functioning of a super-intelligent machine? Although we are still too far from creating an AI technology that surpasses the capacity of the human brain, the current discussion mostly focuses on ethics, morality, and limitations.