Google, Facebook, and Microsoft have publicly acknowledged the dangers of global warming, but last week they all sponsored a conference that promoted climate change denial to young libertarians. All three tech companies were sponsors of LibertyCon, the annual convention of the libertarian group Students for Liberty, which took place in Washington. Google was a platinum sponsor, ponying up $25,000, and Facebook and Microsoft each contributed $10,000 as gold sponsors. The donations put the tech companies in the top tier of the event's backers. But the donations also put the firms in company with some of the event's other sponsors, which included three groups known for their work attacking climate change science and trying to undermine efforts to reduce carbon emissions.

In climate push, Microsoft to erase its carbon footprint from atmosphere 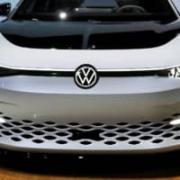 NEW YORK – Microsoft Corp. said on Thursday it aims to remove more carbon from the atmosphere than it emits by 2030 and that by 2050, it hopes to have taken out enough to account for all the direct emissions the company has ever made. The focus on removing existing carbon from the atmosphere sets Microsoft's climate goals apart from other corporate pledges, which have focused on cutting ongoing emissions or preventing future ones. Speaking from a stage at Microsoft's headquarters in Redmond, Washington, Chief Executive Satya Nadella said that corporations need to create profitable solutions for the problems of both people and the planet. "If the last decade has taught us anything, it's that technology built without these principles can do more harm than good," he said. "We must begin to offset the damaging effects of climate change," he said, adding if global temperatures continue to rise unabated "the results will be devastating."

On Thursday, Microsoft CEO Brad Smith made a bold climate pledge: By 2030, he said the company will remove more carbon from the environment than it emits, and by 2050, will remove more carbon than the company has ever produced. This is a big step up from Microsoft's previous climate action plans. But it's unclear what the plan will mean for the company's contracts with oil and gas companies that are fueling the climate crisis. And as long as Microsoft keeps helping these firms, its commitment to carbon negativity isn't nearly as big a deal as it sounds. Our favorite woman from the Bronx is doing what she does: calling rich people out.

Today, Donald Trump signed an executive order taking aim at America's climate policies. On the heels of a report finding that the world needs to halve its carbon pollution every decade to avoid dangerous climate change, Trump's order would instead increase America's carbon pollution, to the exclusive benefit of the fossil fuel industry. One part of the executive order tells the EPA to review and revise (weaken) its Clean Power Plan and methane regulations. It requires proceeding through the same years-long rulemaking process the EPA used to create the rules in the first place. This involves considering the scientific evidence, crafting draft rules, responding to millions of public comments, and defending the new plan in court.

Scientists at Oak Ridge National Laboratory have accidentally stumbled upon a way to capture carbon dioxide from the ambient air, creating prism-like crystals and combating global warming in the process. "When we left an aqueous solution of the guanidine open to air, beautiful prism-like crystals started to form," ORNL's Radu Custelcean said. "After analyzing their structure by X-ray diffraction, we were surprised to find the crystals contained carbonate, which forms when carbon dioxide from air reacts with water." In other words the solution could be used to grab CO2, which contributes to climate change, direct from the atmosphere and store it temporarily into crystals that form as a result. The researchers envision using the process as a way to boost the efficiency of existing carbon capture technology, which is a way of grabbing CO2 either from a source or the air and transporting it to be stored underground where it wont contribute to climate change.