The HoMT workshop at the University of Pennsylvania is a place for presenting work in progress, and this is such work. In the text below, I have omitted references, and mention of "the handout" doesn't mean anything here, except that I have linked to things on the handout that exist on the Web. If you'd like to correspond about the topic and correct or inform me about the use of print-based interfaces, please contact me: nickm at this domain. Update, 1 March 2004: I made several changes, thanks to comments from Tom Van Vleck, whose work I cite in my talk. Update, 20 August 2004: Further work on this topic has resulted in "Continuous Paper: Print Interfaces and Early Computer Writing," a talk given at ISEA. My topic today is what some call "electronic writing," although "computer writing" is also a reasonable term for it.

ELIZA is an early natural language processing computer program created from 1964 to 1966[1] at the MIT Artificial Intelligence Laboratory by Joseph Weizenbaum.[2] Created to demonstrate the superficiality of communication between humans and machines, Eliza simulated conversation by using a'pattern matching' and substitution methodology that gave users an illusion of understanding on the part of the program, but had no built in framework for contextualizing events.[3] Directives on how to interact were provided by'scripts', written originally in MAD-Slip, which allowed ELIZA to process user inputs and engage in discourse following the rules and directions of the script. The most famous script, DOCTOR, simulated a Rogerian psychotherapist and used rules, dictated in the script, to respond with non-directional questions to user inputs. As such, ELIZA was one of the first chatterbots, but was also regarded as one of the first programs capable of passing the Turing Test.[clarification needed] 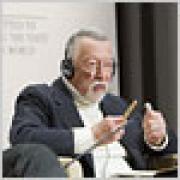 Joseph Weizenbaum, whose famed conversational computer program, Eliza, foreshadowed the potential of artificial intelligence, but who grew skeptical about the potential for technology to improve the human condition, died on March 5 in Gröben, Germany. The cause was complications of cancer, said his daughter Sharon Weizenbaum. Eliza, written while Mr. Weizenbaum was a professor at the Massachusetts Institute of Technology in 1964 and 1965 and named after Eliza Doolittle, who learned proper English in "Pygmalion" and "My Fair Lady," was a groundbreaking experiment in the study of human interaction with machines. The program made it possible for a person typing in plain English at a computer terminal to interact with a machine in a semblance of a normal conversation. To dispense with the need for a large real-world database of information, the software parodied the part of a Rogerian therapist, frequently reframing a client's statements as questions.

Throughout Joseph Weizenbaum's life, he liked to tell this story about a computer program he'd created back in the 1960s as a professor at MIT. It was a simple chatbot named ELIZA that could interact with users in a typed conversation. As he enlisted people to try it out, Weizenbaum saw similar reactions again and again -- people were entranced by the program. They would reveal very intimate details about their lives. It was as if they'd just been waiting for someone (or something) to ask.

In fact, some of Weizenbaum's colleagues and students exhibited very strong emotional connections to the program. As the preceding passage suggests, Weizenbaum discovered something disturbing: people approached the bot as if it were a real, intelligent entity who was genuinely interested in their condition -- even when they knew that it was a computer program. This condition is now referred to as the "Eliza Effect", and although the behaviour of its sufferers isn't always as extreme as the case above (alone time with robots is not consistently requested), it propelled Weizenbaum to become a staunch critic of AI. The Eliza Effect is a prime example of how an object, in this case a typewriter, can form a visceral connection with just a few rudimentary human elements. All it took to elevate a keyboard and screen to a human level was a basic conversational program.