Warning: This post contains spoilers about the latest episode of Fear the Walking Dead. Victor Strand is not going to be the same man he once was following the death of his partner on Fear the Walking Dead. In Sunday's episode, upon arriving at the home he'd been walking about much of the season, Strand discovered his lover Thomas Abigail, the man for whom his boat is named, had been bitten by a walker and his condition was deteriorating. SEE ALSO: Life on land is even more complicated than the sea on'Fear the Walking Dead' Ultimately, Strand chose to shoot Thomas in the head, preventing him from going full walker, and in the process, went against a decision they made earlier in the episode to die together. Colman Domingo, who plays the character, sees this not as a betrayal, however -- but an act of mercy.

Will ISIS and al-Qaida Always Be Rivals?

During the late 1990s and the aftermath of 9/11, al-Qaida managed to unite many strands of the modern jihadist movement. It often had access to considerable funding and controlled access to training camps in Pakistan and Afghanistan. Even groups that did not share its vision wanted money and to improve the proficiency of their members. That control enabled al-Qaida to direct recruits to their preferred clients, enabling a like-minded group within a country to become stronger and to proselytize when they were there, bringing groups together around a shared vision. Also, Bin Laden's philosophy and personality were unusual.

Called upon to describe the photographer Paul Strand not long after his death, in 1976, his friend Georgia O'Keeffe chose two adjectives: "thick and slow." She intended this as a compliment, if a slightly backhanded one: Strand was deliberative and thoughtful, in work as well as in life. His photographs invite contemplation and reflection, presenting us with objects brought patiently within the picture plane. There are tales of him taking three days to craft a single print; ideas and subjects could be pondered for weeks, sometimes years. More than one critic has compared Strand to the Quattrocento frescoist Piero della Francesca. 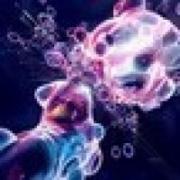 It also shows great promise for the prevention and treatment of diseases such as cancer, heart disease, mental illness and human immunodeficiency virus infection. However, ethical concerns arise when genome editing, using technologies such as CRISPR-Cas9 is used to alter human genomes. James Collins, bioengineer at MIT and his team worked with water-filled polymers that are held together by strands of DNA, known as DNA hydrogels. To alter the properties of these materials, these scientists turned to a form of CRISPR that uses a DNA-snipping enzyme called Cas12a, which can be programed to recognize a specific DNA sequence. The enzyme then cuts its target DNA strand, then severs single strands of DNA nearby.