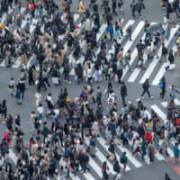 Japan's Hayabusa2 probe touched down on a distant asteroid on Thursday, the space agency said, on a mission to collect samples that could shed light on the history of the solar system. "The control room received Doppler data showing that the probe appears to have touched down successfully," Japan Aerospace Exploration Agency spokesman Takayuki Tomobe said. "But Doppler only shows the speed and altitude so we will need definitive confirmation," he added. Additional data readings are expected later in the day. The landing is the second time it has touched down on the desolate asteroid as part of a complex mission that has also involved sending rovers and robots. 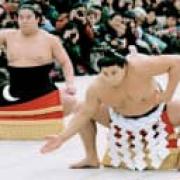 A Japanese probe began descending toward an asteroid on Thursday on a mission to blast a crater into its surface and collect material that could shed light on the solar system's evolution. The mission will be the latest in a series of explorations carried out by the Japanese space agency's Hayabusa2 probe and could reveal more about the origin of life on Earth. But the task scheduled for Friday will be the riskiest yet of Hayabusa2's investigations, and involves the release of a device filled with explosives. The "small carry-on impactor," a conical device capped with a copper bottom, will emerge from Hayabusa2 on Friday, after the probe has arrived just 500 meters above the asteroid Ryugu. The probe will then depart the area, and the impactor is programmed to explode 40 minutes later, propelling the copper bottom toward Ryugu, where it should gouge a crater into the surface of the asteroid that sits 300 million km from Earth.

A Japanese probe has reached an asteroid around 187 million miles away to collect information about the birth of the solar system and the origin of life after a more than three-year voyage through deep space. The Hayabusa2 probe successfully settled into an observation position 12 miles above the Ryugu asteroid, officials from the Japan Aerospace Exploration Agency (JAXA) said Wednesday. Researchers broke out into cheers when the probe arrived in place, a feat JAXA described as'shooting from Japan at a six centimeter target in Brazil'. This computer graphics image provided by the Japan Aerospace Exploration Agency (JAXA) shows an asteroid and asteroid explorer Hayabusa2. The Japanese space explorer that will try to blow a crater in an asteroid and bring back samples from inside is nearing its destination after a 3 1/2 -year journey.