AT&T claims completion of a world's 'first' 5G connection. Here's why it matters to you

You're going to hear a lot of claims about "5G firsts" as the leading telecom companies slug it out to deliver the next generation of wireless. And one just came from AT&T. The company says it has successfully completed the "world's first millimeter wave" 5G connection over a live network to what will be commercially available "standards-based" commercial mobile 5G device. Did your eyes just cross? Let's break this down a bit first. 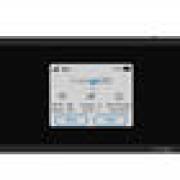 We live and work in a connected world, so it's important to have internet access when you are away from your workplace. Smartphones have integrated hotspot capability, but using your phone for this function drains the battery life and turns it into a multi-function platform when you may need your phone for other key connectivity. Mobile hotspots have improved over the past few years with some even offering 5G connectivity. They are fairly affordable with competitive data plans offered by wireless carriers. These hotspots generally have a long battery life and support for connecting many devices, and are easy for companies to deploy to their mobile workforce.

AT&T turns on its mobile 5G network on Dec. 21, starting with 12 cities and mobile hotspot

The mobile 5G race is officially at the starting block. On Friday, Dec. 21, AT&T will turn on its mobile 5G network for the public in 12 cities around the country. Unlike Verizon, which launched its first 5G network earlier this year as a home broadband replacement, AT&T's 5G network will be more traditional to mobile wireless networks. The first device for the network will be a 5G mobile hotspot from Netgear called the Nighthawk 5G Mobile Hotspot. More: Verizon's 5G broadband plan includes Apple TV 4K, YouTube TV and Indianapolis AT&T has already announced that it will have two Samsung 5G phones next year as well, one in the first half of the year and one in the second half.

AT&T has just announced the first mobile hotspot router, the Netgear Nighthawk, that can connect to the telecom company's "5G Evolution" network, which AT&T claims offers up to twice the speed of typical 4G LTE. The service is only available in parts of Austin and Indianapolis, and previously only to Samsung S8 users. The Netgear router will cost $50, and you'll need to have at least a $20 per month data plan to use it. "5G" isn't really a thing, yet, as the governing body that decides what specifically goes into each generation of wireless tech hasn't come up with standards for the tech or its deployment yet. AT&T was outbid by Verizon for the actual 5G spectrum itself, too.

5G networks are here: Here's everything you need to know

Ushering in the mobile 5G era, AT&T announced in December that it turned on its next-generation network in 12 cities Jacksonville, Florida, Atlanta, Indianapolis, Louisville, Kentucky New Orleans, Charlotte, North Carolina, Raleigh, North Carolina, Oklahoma City, Oklahoma, Dallas, Houston, San Antonio and Waco, Texas. This month, AT&T announced that will turn on 5G in at least nine more cities this year. AT&T, which owns CNN parent company WarnerMedia, says it has clocked its network at over 400 megabits per second, which is way faster than most home broadband connections and up to 100 times faster than 4G, depending on network conditions. The company's 5G network is currently very limited. It can only be accessed on a specific Netgear hotspot device that converts the network's airwaves into Wi-Fi.