Iranian Foreign Minister Mohammad Javad Zarif reportedly received an invitation to speak with President Trump at the White House last month, but Tehran decided against such meeting. Zarif was targeted by the Trump administration this week, imposing punitive financial sanctions on him in an effort to further pressure Iran to end its activities in the Persian Gulf region. The move to penalize Zarif follows Trump's earlier executive order placing sanctions on Iran's supreme leader, Ayatollah Ali Khamenei. But just last month, the Trump administration was seeking to have a meeting with Zarif, an architect of the 2015 Iran nuclear deal who's perceived as a more moderate figure in the Islamic Republic, the New Yorker reported Friday. The invitation was made by Sen. Rand Paul, R-Ky, reportedly with Trump's blessing, during a meeting with the top Iranian diplomat in New York on July 15. 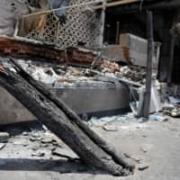 LONDON – Britain said Monday it will join forces with the United States to protect merchant vessels in the Gulf amid heightened tensions with Iran, after Tehran taunted Washington that its allies were too "ashamed" to join the mission. Britain's decision to form the joint maritime task force with the United States marks a departure in policy under new Prime Minister Boris Johnson, after efforts under his predecessor, Theresa May, to form a European-led grouping. It follows a spate of incidents -- including the seizure of ships -- between Iran and Western powers, in particular Britain and the U.S., centered on the vital Strait of Hormuz thoroughfare. "The U.K. is determined to ensure her shipping is protected from unlawful threats, and for that reason we have today joined the new maritime security mission in the Gulf," Defense Secretary Ben Wallace said in a statement. The announcement from Britain's defense ministry did not detail which, if any, other countries would be joining the new naval coalition. 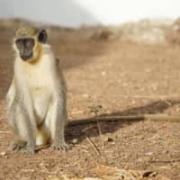 TEHRAN - Iran hit out at the United States on Monday for "causing tensions" after President Donald Trump said his government was not seeking regime change and that he would welcome talks with Tehran. The Trump administration was "hurting the Iranian people and causing tension in the region," Iranian Foreign Minister Mohammad Javad Zarif wrote on his Twitter account. "Actions -- not words -- will show whether or not that's @realDonaldTrump's intent," Zarif added, referencing the U.S. president's Twitter handle. Zarif also denied Iran was seeking nuclear weapons, after Trump said during a visit to Japan that "we're not looking for regime change (in Iran) … we're looking for no nuclear weapons. Iran's supreme leader, Ayatollah Ali Khamenei, "long ago said we're not seeking nuclear weapons -- by issuing a fatwa (edict) banning them," the foreign minister tweeted.

Javad Zarif indicates that Iran will continue to manufacture missiles for defense purposes; Trey Yingst reports from Jerusalem. Iran's foreign minister said Wednesday that his country must manufacture missiles for defensive purposes, days after he appeared to suggest the weapons could be up for negotiations. In a tweet Wednesday, Javad Zarif said that Iran's missile program grew out of the 1980-1988 war against Saddam Hussein's Iraq. "For 8 YEARS, Saddam showered our cities with missiles & bombs provided by East & West," Zarif wrote. "Meanwhile, NO ONE sold Iran any means of defense.