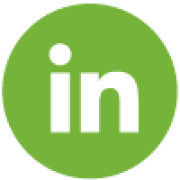 The encouraging increase of AI in UK healthcare

The study, conducted by YouGov, included the input of some 1,000 business leaders and 4,000 employees. The study found that regarding the use of AI in UK healthcare industry, 46% of healthcare leaders reported their organisation used the technology in some capacity, which essentially reflected an 8% increase compared to 2018. The biggest growth areas reported were research-level AI, which grew 13% in the past 12 months, and robot process automation (RPA) and general automation both increased by 10%, while the use of voice recognition technology increased by 9%. Darren Atkins, chief technology officer at East Suffolk and North Essex NHS Foundation Trust, said: "AI in healthcare is an extremely exciting prospect. It's not about replacing staff, but allowing them to maximise their skills, be more efficient, spend more time with patients and, ultimately, get better outcomes."