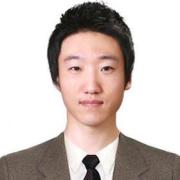 I needed to blur faces on the video dataset I collected previously for privacy issues. Surprisingly, I couldn't find related (free)services nor programs. Firstly, I wrote simple code for automatic blurred face maker with a Haar detector using OpenCV. Haar detector was fast but not accurate enough for me. Then, I tried the DNN model which OpenCV already includes.

This is a follow-up post on "Building a Real-Time Object Recognition App with Tensorflow and OpenCV" where I focus on training my own classes. Specifically, I trained my own Raccoon detector on a dataset that I collected and labeled by myself. If you want to know the details, you should continue reading! After my last post, a lot of people asked me to write a guide on how they can use TensorFlow's new Object Detector API to train an object detector with their own dataset. I found some time to do it.

This letter presents the sparse vector signal detection from one bit compressed sensing measurements, in contrast to the previous works which deal with scalar signal detection. In this letter, available results are extended to the vector case and the GLRT detector and the optimal quantizer design are obtained. Also, a double-detector scheme is introduced in which a sensor level threshold detector is integrated into network level GLRT to improve the performance. The detection criteria of oracle and clairvoyant detectors are also derived. Simulation results show that with careful design of the threshold detector, the overall detection performance of double-detector scheme would be better than the sign-GLRT proposed in [1] and close to oracle and clairvoyant detectors. Also, the proposed detector is applied to spectrum sensing and the results are near the well known energy detector which uses the real valued data while the proposed detector only uses the sign of the data.

This month, in a cavernous laboratory 1.4 kilometers beneath Italy's Apennine Mountains, physicists will begin filling a cylindrical tank with frigid liquid xenon. The tank is the heart of XENON 1 Ton (XENON1T), the biggest detector so far to hunt for weakly interacting massive particles (WIMPs): hypothetical particles that may make up dark matter. But even as XENON1T gears up to begin taking data, researchers are starting to have doubts about the concept of WIMPs. A few years ago, when the biggest WIMP detector weighed a few kilograms, most thought a 1-ton experiment would either find WIMPs or stick a dagger in the idea. But generations of ever bigger detectors have come up empty, and physicists are rethinking the argument for WIMPs and what it might take to find them.

A fire detector that can tell the difference between burning toast and a burning building could save money, annoyance, and possibly even lives, by cutting down on false alarms. German company Siemens will start selling the detector in the UK to commercial users by January 2006, and the technology could eventually make its way into homes, says the firm's fire safety manager, Andrew Morgan. The detector uses four sensors and a neural network to determine if the smoke and heat it's detecting are from a fire or are just part of the normal room environment. In the UK more than half of the 872,000 fire call-outs in 2004 were bogus, and 285,000 of those false alarms were due to fire detectors. Responding to false alarms costs money, and in the home annoying false alarms encourage people to disable their alarms.