Nuance has released an upgraded version of its PowerScribe One cloud platform for radiologists. The solution leverages Nuance's conversational AI tech to facilitate a range of clinical and administrative functions. The latest update introduces an Ambient Mode that sorts free-form dictation into more organized reports, as well as a dark mode that is designed to reduce fatigue. The latter was designed over the course of 18 months with input from radiologists and user interface experts with an eye towards the long hours that radiologists spend in reading rooms. Other highlights include better data synchronization with third-party platforms, and an improved virtual assistant that allows radiologists to request electronic health records (EHR), send messages, and carry out other tasks with basic vocal commands.

Analyzing imaging is getting a lot easier for radiologists, thanks to an increased range of artificial intelligence tools being made available. Nuance's new PowerScribe One, the latest generation of its popular voice-enabled reporting platform, incorporates AI to aid in diagnostics and decision support. The cloud-hosted platform uses natural language understanding, image characterization, speech recognition, intelligent exchange of structured data and more to reduce inefficiencies and bolster clinicians' accuracy. In addition to the next-gen PowerScribe platform, Nuance has also announced big growth over the past year for its AI Marketplace, which connects more than 40 developers with 70 percent of all radiologists across 5,500 healthcare facilities. The marketplace hosts developers including NVIDA, Zebra Med and Massachusetts General Hospital and others who create imaging products to augment the decision-making abilities of radiologists.

Nuance and Nvidia have formed a partnership that aims to bring more machine learning to radiology to enhance and speed up existing workflows.

App marketplaces are bridging the gap between AI creators and users. Words such as "democratize" and "ecosystem" are making their way from government and biology textbooks into the radiology lexicon, as a community of developers, engineers, and clinicians are interacting to establish AI marketplaces. These electronic storefronts are gathering places where vendors and consumers can share ideas and technology to create and use a variety of AI imaging tools. Within an AI marketplace, radiologists have equal opportunity to pick and choose from any of the available apps. They can also share feedback with developers as to how an app worked for them or even assist in the development of new apps customized for their clinical practices. And, they can be active participants in the development process without any knowledge of writing code. "With AI, there's a whole ecosystem of participants--industry leaders, health care startups, and research institutions--getting involved in creating apps and marketplaces where they can be made available to everyone," says Abdul Hamid Halabi, director of healthcare with NVIDIA. 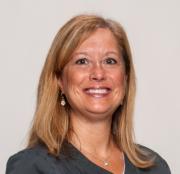