DUBAI (Reuters) - Yemen's Iranian-aligned Houthi movement said on Thursday it had attacked Abu Dhabi airport in the United Arab Emirates with a drone, though it was not immediately clear if there was any damage or casualties.

Among the top companies in attendance was General Atomics, a San Diego-based defense contractor known for its Predator drones. The UAE previously purchased some $200 million worth of surveillance-only Predator drones.

Drone racing takes off at Birmingham show – but only with men

Top Gun pitted Maverick and Goose against the Iceman and Viper. At the UK Drones Show Championships at Birmingham NEC on Sunday, it was Saggy Nun and Collision who competed to be crowned the nation's fastest pilot of an unmanned flying vehicle. It was Collision, aka 22-year-old graduate trainee Brett Collis, who took the £1,000 prize in this new event in which pale young men sporting special goggles synched with flying cameras navigated an illuminated 3D obstacle course in the dark. FPV (first person view) drone racing is rapidly becoming a lucrative business: Sky Sports recently decided to show a US race series on its Mix channel and in March a 15-year-old British boy called Luke Bannister won $250,000 (£173,900) when he triumphed at the World Drone Prix in Dubai. Wearing his call sign on the back of his T-shirt, Collis explained how he graduated to drone racing from video games. 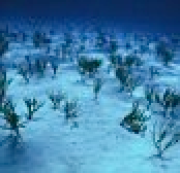 The Drone Racing League flew in to the capital this week as machines soared around Wembley Stadium at speeds of 75mph (120km/h). Drones buzzed around the iconic venue and further proved why the sport of drone racing is gaining popularity. The racing was live streamed to spectators for the first time over EE's 4G network at the stadium, with 4G cameras attached to the drones giving people a drone's-eye-view. The event was attended by 16-year-old Luke Bannister, from Somerset, who recently won 174,000 ( 250,000) in the Drone Grand Prix in Dubai. First Person View (FPV) drone racing involves live video being streamed to the pilot's headset to enable split-second manoeuvres.

AirWorks Reveals the Top Reasons to Buy a Drone in 2020

AirWorks Is an Expert DJI Authorized Dealer Based in Dubai Offering Products, Consulting and Online Courses. Choosing the best drone on the market is not easy, as the offering is so wide and varied. DJI offers a solution for every need: from the extra-lightweight Mavic Mini, which films incredibly smooth videos, to more professional drones like the Mavic 2 Pro to record adrenaline-filled adventures. AirWorks uncovers the details about the all-time favorite DJI Mavic drones so everyone can finally make an informed purchase and start getting high-quality footage. Using a drone allows anyone to have a new perspective of the world.