Dubai will roll out self-driving, drone-launching police bots, because of course

Dubai, the self-proclaimed "Future City," is getting its own unit of autonomous, drone-launching robotic police vehicles, because what's more future than than Robocops? The city's police force will be the first in the world to roll out Singapore startup Otsaw Digital's O-R3 autonomous robot, according to a report from the Gulf News spotted by The Verge. The self-driving, self-charging electric bots might be small -- the Gulf News compared the size of the O-R3 to an electric kiddie car -- but they purportedly boast a suite of features that could make them formidable security guards once they start rolling a beat. Most notably, Dubai's O-R3 units will use "biometric detecting software" to identify people who are wanted by the police or observed committing crimes as "undesirables," alerting human officers so they can take action. SEE ALSO: Richard Branson's supersonic jets could find a landing spot in Dubai The AI controlling the bot can detect and dodge obstacles -- and when it hits its limits, it can launch a companion drone to follow after an escaping perp.

"Dubai Police are keen to get the latest technology to fight crime. We always search for the best technology to serve our police work for a safer and smarter city. We seek to augment operations with the help of technology such as robots. We aim for streets to be safe and peaceful even without heavy police patrol," Maj-Gen Al Merri said. "We always look to achieve Dubai's vision of becoming a Smart City.

In the stuff of nightmares, Robocop is coming to life 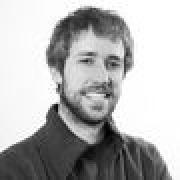 Robocop has officially crossed over from the realm of science fiction into the realm of reality. At least one police robot in Dubai could be roaming the city's streets as early as 2017, according to the Dubai Media Office. The robot -- complete with a set of arms, two eyes and a blue police cap -- is part of a larger effort in Dubai to have a squad of robo police around town by 2020, and was shown off at this year's GITEX Tech week. "Robots could do the work of a police officer on ground at certain situations," Khalid Razooqi, the general director of Smart Department Dubai Police, said at a separate technology conference in June. "The project we are working on will involve robots interacting with people and performing some responsibilities that of a police officer."

Jim Robinson of RRE Ventures said it best last month at the Silicon Dragon Conference when comparing Silicon Valley to New York, "There are two kinds of centers that have a lot of startups and technology, there are technology centers and commerce centers." New York falls into the later category, while the Valley is the former. Sitting next to Jim, I reflected that Singapore might be in both groups, an Asian commerce hub and a leader in mechatronics. As an advocate for automation, I am often disheartened that the United States significantly lags behind its industrial counterparts in manufacturing autonomous machines. The key to a pro-job policy could be gleaning from the successes of countries like Singapore to implement America's own'Robot First Plan.'