TD Bank Group is no stranger to investing in artificial intelligence and Canadian startups; acquiring Layer 6 at the beginning of this year, and partnering with Kasisto in October of last year and Toronto-based Flybits in 2015, now the bank is helping early-stage, Canadian startups patent their work. The Canadian bank announced, on Thursday, the first three startups to join its Patents for Startups Program, which helps companies at the seed stage with the funding and the application process to patent their work, in Canada the U.S. and abroad. The program which was launched last year will now start working with Senso.ai, "The success of young, innovative startups is key to Canada's future," said TD's intellectual property and patentable innovations lead Josh Death, in a press release, "ultimately, the customer wins when banks and startups collaborate." Senso is a cloud-based startup that helps financial institutions personalize retail banking, by using machine learning algorithms the platform detects key talking points for advisors and customers to discuss that focus on personalizing the retail banking needs of the customer.

With a collaborative partnership spanning over ten years, luxe German bathroom fitting manufacturer Duravit and iconic designer Philippe Starck have worked together to liberate the toilet from a mundane necessity into that of something of a design object. Beginning in 2010 with the unveiling of the Starck-designed SensoWash shower-toilet seat, the two have produced numerous contemporary iterations together, culminating in the latest shower-toilet – the Duravit SensoWash Starck f – a sleek minimalist commode with a bevy of built-in bidet technologies hidden underneath its lid. Joining Duravit's existing Sensowash Starck, SensoWash Slim, and Sensowash i, the newly launched SensoWash Starck f takes on the appearance of a typical yet modern wall-mounted ceramic toilet (at least typical in Europe, where this sort of space-saving design is more commonly spotted). The real story is hidden away, an amalgamation of some of the most premium bathroom technologies hidden away until required. With a flat seat and the white cover design topping the flush-fitting unit, users can access a menu of bidet features using a slim icon-labeled remote control or noting the common proclivity of phones in the bathroom, accessible using a Duravit Sensowash app.

Apple's attempts to hide the development of secret new products by using shell companies usually works, but some clever sleuthing by one site has revealed what may be a key component of Apple's future with augmented reality. SEE ALSO: Cardboard augmented reality goggles? We've done this dance before. Documents have been uncovered by MacRumors that indicate Apple has quietly acquired eye-tracking company SensoMotoric Instruments. In addition to tracking down acquisition documents linked to Apple attorney Gene Levoff, the site also spoke to an anonymous tipster in contact with an Apple employee who confirmed the acquisition. 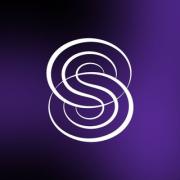 Welcome to the official Telegram chat of Sensorium Galaxy and SENSO for our global community. Please, read the pinned message before start. If you have Telegram, you can view and join SENSO (Sensorium) Official Chat right away.

Shopping links may be manually or programmatically inserted into this content, and our site may receive payment for activity generated through them. They should not be interpreted as editorial endorsements. Fujitsu's digital room lets you write on walls and tables These highly rated and inexpensive Bluetooth sport headphones from Senso promise high quality sound, sweatproof design, a comfortable fit, noise suppression, a long battery life and reliable Bluetooth 4.0 connectivity to your device. All for just $38 currently on Amazon, where the Senso sport headphones average 4.5 out of 5 stars from over 1,560 people (read recent reviews here). See the discounted headphones on Amazon.