What Hollywood Can Learn From Farmworkers

Almost a year after the revelations about the alleged sexual assault and harassment by Harvey Weinstein that kicked off the #MeToo movement, many wonder whether it has actually led to any significant changes in workplace policies and culture. But many low-wage workers were taking novel approaches to ending workplace sexual harassment and violence long before #MeToo. In her book, In a Day's Work, Bernice Yeung explains the gravity of these problems in the highest-risk, lowest-wage industries and the exciting organizing being done to stop them. In an excerpt from the book modified and updated for Slate, Yeung explains how two groups of workers--farmworkers and janitors--have changed their own industries from the inside out and why other industries should pay attention. It was a muggy May morning in 2016 when about 50 farmworkers, almost a dozen of them women, emerged from a retired school bus and shuffled into the hiring office of Pacific Tomato Growers in Palmetto, Florida.

In Japan Inc., awareness of harassment on rise but little movement toward improvement: Reuters poll 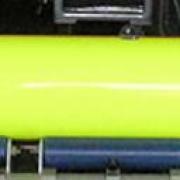 Three-quarters of Japanese companies have made no changes to sexual harassment policies over the last year and don't plan to do so, a Reuters poll found, though awareness of harassment is on the rise. The survey results come after a top Japanese bureaucrat was toppled over a harassment scandal and amid the global #MeToo movement that has forced workplace sexual harassment into national focus. The Finance Ministry's Junichi Fukuda resigned last month after accusations he sexually harassed a female reporter. Fukuda denied the allegation, but the ministry later said he had harassed the reporter and docked his pay. Protests and fierce debate followed the scandal, with a Cabinet minister calling for a law to strengthen relief and protection for victims of sexual harassment.

Defining the Heisei Era: Women in Japan speak out on inequality

Last April, a female reporter from TV Asahi accused Junichi Fukuda, the top bureaucrat at the Finance Ministry, of sexual harassment. The woman recorded the conversation, excerpts of which were later published by weekly magazine Shukan Shincho. The magazine also released an edited audio clip said to be of Fukuda telling the woman: "Can I touch your breast?" "Should we have an affair when the budget is enacted?" and "I will tie your hands." Fukuda initially denied the allegations but resigned after other media outlets jumped on the story and his position became untenable. The above case is just one example of increasing efforts being made by women in Japan to speak out against sexual harassment and violence. Such conduct was certainly rare at the start of the Heisei Era 30 years ago, when there was much less public conversation about such issues in society. 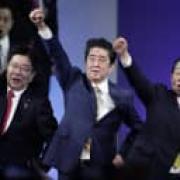 Disappointment is growing among experts and activists over discussions by a government panel tasked with tackling sexual harassment, an issue drawing increasing attention amid the #MeToo movement and after a top bureaucrat's resignation last year due to alleged harassment of a female reporter. A report recently compiled by the Ministry of Health, Labor and Welfare's panel on workplace harassment and female empowerment did not call for punitive measures for sexual harassment, apparently out of consideration for the business community, which is said to be concerned about facing higher litigation exposure. The report, which included proposals for revisions of labor and female empowerment laws, only recommended including a statement saying that any form of harassment "should not be tolerated" and urged private companies to take preventive measures. "What many victims want is formal recognition that they have been sexually harassed, apologies from the perpetrators and prevention of such acts. It is regrettable that their voices were not taken into account," said Kaori Sato, chairwoman of Purple Union, which deals with workplace harassment and discrimination cases across Japan. 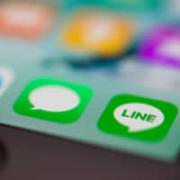 The labor ministry said Wednesday that a record 82,797 complaints about workplace bullying, including so-called power harassment, were brought to local labor bureaus and other offices for advice and consultation in fiscal 2018 -- up 14.9 percent from the preceding year. The total number of consultations sought in the year to March, excluding inquiries and other requests involving legal matters, rose 5.3 percent to 266,535. "Workplace bullying and harassment" was the most common issue raised in consultations, followed by "retirement for personal reasons," at 41,258 cases, up 5.9 percent. The ministry said that many people left their jobs after facing power harassment or abuse of authority. "Social awareness (of harassment) is up, so cases of workers recognizing it and seeking consultations are increasing," a ministry official said.