A Brief History of Awesome Robots

Chinese restaurant Two Panda Deli in Pasadena, California, recruited a pair of Japanese robot waiters, Tanbo R-1 and Tanbo R-2 (for $20,000 each), to deliver Chow mein to customers and bust out disco moves. Police radio interference compelled them to splatter orange chicken and whirl furiously around in circles. Complex customer requests were also often met with the terse reply: "That's not my problem." In The Terminator, Arnold Schwarzenegger stars as a cyborg killing machine from the future programmed to go back in time, find, and kill Sarah Conner in 1984 Los Angeles.

15 Engineers and Their Inventions That Defined Robotics 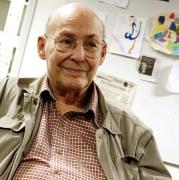 Robots have been around, in some form or other, since the ancient world. Early legends of automata existed in Greek and Roman legends and basic mechanical'robots' were designed and built in China and Greece. Our modern concept of robots wouldn't appear until the Industrial Revolution with the notion of the android (humanoid robot) coming into existence in 20th Century film and sci-fi literature. Since then many engineers have worked tirelessly to improve and, in some cases, redefine robotics. These 15 are just some of them. The following is far from exhaustive and is in no particular order. Their contribution to robotics: Joseph Endgelberger is widely credited for the birth of the robotics industry.

Why Robotics is Changing the World

Robotics is the field of engineering that is focused on developing machines – usually by combining knowledge from both the field of mechanics and electronics – that are able to either fully or partly take over tasks that would normally be carried out by humans. As technology advanced, components such as processors, electric motors and different kind of sensors have become increasingly more compact and precise, stimulating the use of robotics in other fields than only that of manufacturing. Robotics, fueled by artificial Intelligence (AI) is rapidly changing the way we work and interact with technology. Technological advances have drastically changed the capabilities of modern robotics, allowing them to be operational and effective in a wide range of industries. New technologies – such as artificial intelligence, machine learning, and advanced computer vision – form the basis of the further development of robotics, allowing them to be used in processes which were, up until today, deemed to only be executable by humans.

What is Boston Dynamics and why does Google want robots?

Google's recent acquisition of Boston Dynamics marks its eighth robotics purchase in the past six months, showing Google's "moonshot" robotics vision is more than just a pet project. Boston Dynamics is the most high-profile acquisition, however, instantly adding world-leading robotics capability, including robots that can walk all on their own, to Google's arsenal – as well as significant links to the US military – conjuring images of Skynet and the artificial intelligence-led robot uprising straight out of the 1984 film The Terminator. Boston Dynamics is an engineering and robotics design company that works across a wide range of computer intelligence and simulation systems, as well as large, advanced robotic platforms. The company was created as a technology spin-off from Massachusetts Institute of Technology by Prof Marc Raibert in 1992, then the founder and lead researcher of the Leg Lab – a research group focussed on systems that move dynamically, including legged robots. Raibert describes the Boston Dynamics team as "simply engineers that build robots", but in reality Boston Dynamics is much more than that.