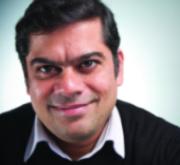 We live in a digital age and with the evolution of AI and data analytics, 'smart' has become the operational word. Today, we have technologies and innovative capabilities that are increasingly turning our cities into smart cities. The integration of advanced technologies especially, AI, Internet of Things, and data analytics has the potential to seamlessly and efficiently help urban authorities globally in dealing with their biggest challenges. Despite the swanky buildings, wider roads and better access to power and communication etc., metropolitan cities are increasingly facing problems especially in areas such as traffic congestion, and law and order management etc. This is where video analytics platforms are of utmost importance.

Smart utility metering for power, gas and water, and video surveillance will remain by far the largest smart city segment, representing 87 per cent of the total number of smart city connections by 2026. This is according to new analysis by ABI Research. While metering is mainly focused on usage monitoring, savings and efficient operation of utility networks, video surveillance is no longer just about security and crime detection and prevention, ABI Research's Smart Cities market data report finds. Video surveillance is increasingly enabling new applications like urban tolling and the monitoring of low-emission zones to reduce air pollution, mainly in Europe. These systems use licence plate recognition to identify older vehicles banned from entering the zone.

How Smart Cities Are Using AI Technology To Prevent Crime And Terrorism?

Looking at the benefits data can provide, the smart city concept is incomplete without its use. Today, smart cities are unlocking the potential of data in terms of preventing and predicting crime and terrorism. Not to mention, the two elements can bring devastating changes to life in cities. According to sources, today, the most successful smart cities are those that are utilising the gathered data to predict and prevent crime and terrorism. Along the way, they are strengthening the connected infrastructure that is key to establishing a secure urban environment.

How Video Analytics is Becoming an Integral Part of Urban Governance

People across the country wish to live in urban areas due to the availability of employment opportunities and other requirements of life. Due to this very propensity, the population in urban areas is rising by the day, making it necessary for the government to take the help of modern technology in managing the cities better. In the pursuit of such technologies, the urban authorities found Al enabled video analytics efficacious to keep an eye on everyday activities in the city and ensure robust security. The evolution of data analytics has made the world smarter and enabled it to complete different tasks efficiently. Video analytics integrated with advanced technologies like- AI, the Internet of Things (IoT), and data analytics can be extremely effective in dealing with the biggest challenges the urban areas are facing.

With approximately half of the world's population occupying urban centers--and that number is only expected to rise--the challenge for public officials to make their cities and municipalities safe is crucial. Adding the strain of the COVID-19 crisis, rising crime rates in major U.S. cities and the increase in national debates surrounding police reform, the question on how to make a city safe is as important as ever. While political debates regarding public safety dominate the headlines, breakthroughs in artificial intelligence (AI) and other digital technology, including faster, more affordable bandwidth, are revolutionizing the ways cities conduct surveillance and provide security. In major cities throughout the U.S., public officials are utilizing turnkey systems that integrate video footage, access management platforms, traffic monitoring and body-worn cameras into central high-speed networks. Such centralization allows for data to be collected from more sources and analyzed in real time.