Advances in Artificial Intelligence (AI) and Machine Learning (ML) is arguably the biggest technical innovation of the last decade. Although the algorithms for AI have been in existence for many years, the recent explosion of both data as well as faster compute made it possible to apply those algorithms to solve many real life use cases. One of the most prominent of these use cases is fully automated driverless cars. The neural networks, which is a special subfield of AI, play a key role in achieving full autonomous drive. But to drive without human intervention requires a sophisticated framework of sensors to capture not only the vehicle data but also that of the surroundings. 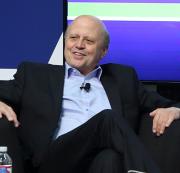 Wally Rhines, president and CEO of Mentor, a Siemens Business, sat down with Semiconductor Engineering to discuss a wide range of industry and technology changes and how that will play out over the next few years. What follows are excerpts of that conversation. SE: What will happen in the end markets? Rhines: The end markets are perhaps more exciting from a design perspective right now than they have been in recent years. Everyone is intrigued with the electronic design opportunities that have been emerging in the automotive industry.

Verified artificial intelligence (AI) is the goal of designing AI-based systems that are provably correct with respect to mathematically-specified requirements. This paper considers Verified AI from a formal methods perspective. We describe five challenges for achieving Verified AI, and five corresponding principles for addressing these challenges.

While self-driving vehicles are beta-tested on some public roads in real traffic situations, the semiconductor and automotive industries are still getting a grip on how to test and verify that vehicle electronics systems work as expected. Testing can be high stakes, especially when done in public. Some of the predictions about how humans will interact with autonomous vehicles (AVs) on public roads are already coming true, but human creativity is endless. There have been attacks on Waymo test vehicles in Arizona, a DUI arrest of a Tesla driver sleeping at 70mph on a freeway, and other Tesla hacks using oranges and aftermarket gadgets to trick Tesla's Autopilot into thinking the driver's hands are on the wheel. But are those unsafe human behaviors any more dangerous than the drum beat of technology hype, unrealistic marketing, and a lack of teeth in regulating testing of AVs on public roads, the factory and the design lab?