Catalonia's ousted separatist leader, Carles Puigdemont, has declared that the Spanish state has been defeated in a snap regional election.

Catalan separatist parties are on track to win most seats in the new regional parliament, setting the stage for more confrontation with Spain's government.

Spain's prime minister will work with a new Catalonia government, as long as it operates within the law 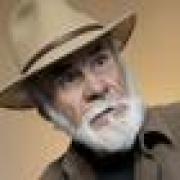 Spain Prime Minister Mariano Rajoy on Friday rejected an invitation to meet with Calalonia's pro-independence former president, saying he would instead welcome dialogue with a new regional government in light of Thursday's snap election results.

The Spanish government has stripped the head of Catalonia's regional police of his powers, hours after direct rule was imposed on the region. This is the first specific measure taken since the Catalan parliament voted to declare independence. PM Mariano Rajoy has also announced the dissolution of the regional parliament and the removal of the Catalan leader, and called for snap local elections. Demonstrations for and against independence went on into the night. More are expected on Saturday, with a rally "for the unity of Spain and the constitution" to be held in Madrid.