STUDENTS at a Welsh university are to begin preparing for a world shared with intelligent robots. A new degree in robotics will teach students how to apply science fiction in science. The release of the big-screen adaptation of Isaac Asimov's I, Robot has fuelled speculation about whether robots designed as servants could attempt to become our masters. Dr Mike Reddy at the University of Glamorgan is determined to take these questions from the realm of science fiction and explore them in the new BSc Science (Robotics) degree. He said, "Films like I, Robot and Artificial Intelligence have raised issues of how we treat robots, but, more importantly, how they might treat us.

Fox News Flash top entertainment and celebrity headlines are here. Check out what's clicking today in entertainment. Singer Helen Reddy, best known for her hit, "I Am Woman," has died at age 78. Reddy's children Traci and Jordan confirmed the news of her death Tuesday in a public statement. "She was a wonderful Mother, Grandmother and a truly formidable woman," said the message.

BOTs – Why Should the Enterprises bet on Them? - Acuvate 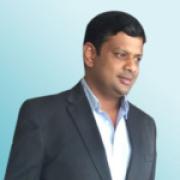 Rakesh Reddy is our co-founder and a serial entrepreneur. An avid team player, he works with his executive team to trigger growth for Acuvate across geographies and business areas. A natural leader, he has been able to successfully bootstrap his companies, help win customers and successfully constitute company's board and a robust leadership team.

In the 1990s, fashion's relationship with robots was the stuff of fantasy. On the runway of Alexander McQueen's imaginative Spring/Summer 1999 show, two robotic arms spray-painted a white dress worn by Shalom Harlow. Today, the industry's relationship with automation is much more practical. In the distribution centres of e-commerce giants like the Yoox Net-a-Porter Group and Amazon (which, in 2012, paid 775 million to acquire Kiva Systems, a manufacturer of robotic fulfilment systems used by Gap, Gilt Groupe and Saks 5th Avenue) software-controlled robots routinely navigate giant warehouses, picking and transporting inventory faster and more accurately than humans, enabling services like same-day delivery. "Automated storage and retrieval systems provide high storage density as well as inventory accuracy and management, yet require a smaller footprint," explains Steve Crease, director of operations at Yoox Net-a-Porter Group, which uses ASRS to deliver its "key service level" of same-day delivery.

Helen Reddy, who shot to stardom in the 1970s with her rousing feminist anthem "I Am Woman" and recorded a string of other hits, has died. Reddy's children Traci and Jordan announced that the actor-singer died Tuesday in Los Angeles. "She was a wonderful Mother, Grandmother and a truly formidable woman," they said in a statement. But we take comfort in the knowledge that her voice will live on forever." Reddy's 1971 version of "I Don't Know How to Love Him" from the musical "Jesus Christ Superstar" launched a decade-long string of Top 40 hits, three of which reached No. 1. The Australian-born singer enjoyed a prolific career, appearing in "Airport 1975" as a singing nun and scoring several hits, including "Ain't No Way To Treat a Lady," "Delta Dawn," "Angie Baby" and "You and Me Against the World." In 1973 she won the best female vocal pop performance Grammy Award for "I Am Woman," quickly thanking her then-husband and others in her acceptance speech. "I only have 10 seconds so I would like to thank everyone from Sony Capitol Records, I would like to think Jeff Wald because he makes my success possible and I would like to thank God because she makes everything possible," Reddy said, hoisting her Grammy in the air and leaving the stage to loud applause. She also performed the song at the ceremony. "I Am Woman" would become her biggest hit, used in films and television series. In a 2012 interview with The Associated Press, Reddy cited the gigantic success of "I Am Woman" as one of the reasons she stepped out of public life. "That was one of the reasons that I stopped singing, was when I was shown a modern American history high-school textbook, and a whole chapter on feminism and my name and my lyrics (were) in the book," she told the AP. "And I thought, Well, I'm part of history now.