The Presidency doesn't seem to be very lucrative for Donald Trump. The billionaire's fortune has dropped significantly since he took office according to Forbes. Those Amazon Prime memberships are adding up for Jeff Bezos. The online retailer's CEO made more money than anyone on the planet last year, raking in a whopping $27.6 billion. That bumped him up to the third spot on Forbes' annual Billionaires List, ranking the world's richest people. 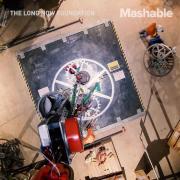 Jeff Bezos, the Amazon founder and chief executive, is certainly having a happy Prime Day today. According to the Bloomberg Billionaires Index, a daily tracker of the world's richest people, Bezos was worth more than $150 billion this morning, which made him the richest person in modern history. The achievement even takes into account inflation when Microsoft founder Bill Gates was worth $100 billion in 1999. That wealth would equate to about $149 billion today. Although Bezos has since fallen back to a measly $145 billion net worth from his peak this morning, his rank as the world's richest person has been on-and-off since July 2017.

Would Jeff Bezos ever want to get into social media? For 24 years, Microsoft co-founder Bill Gates held the top spot on Forbes' ranking of the richest Americans. CEO and founder Jeff Bezos has supplanted Gates on the magazine's annual list of the 400 richest Americans. His net worth is $160 billion, up from $81.5 billion a year ago. Gates is now No. 2 with Berkshire Hathaway CEO Warren Buffett, Facebook co-founder and CEO Mark Zuckerberg and Oracle co-founder Larry Ellison holding onto the next three spots, the same positions as in last year's list, the magazine reported Wednesday.

Forbes 400 ranking of the richest Americans has Bill Gates on top again, 14 people under the age of 40 and Donald Trump falling to 156 on the list after losing 800million last year

The annual Forbes 400 ranking of the richest Americas is out, and for the 23rd consecutive year it is very, very good to be Bill Gates. The Microsoft founder's already massive wealth increased by 5billion over the past year, giving him a net worth of 81billion and putting him well ahead of runner-up Jeff Bezos. The Amazon founder worked his way into the second spot for the first time this year with 67billion, enough to narrowly edge out Warren Buffet of Berkshire Hathaway, who was down one spot with 65.5billion. Also notable are the 14 people under the age of 40 who made their way onto this year's list, with Facebook founder Mark Zuckerberg leading the pack at number four with a net worth of 55.5 billion after making over 15billion in the last year. It was not however a great year for Donald Trump, who dropped to 156 on the list after losing 800million.

Microsoft co-founder Bill Gates once again topped the Forbes magazine list of the world's richest billionaires, while US President Donald Trump slipped more than 200 spots. Gates, whose wealth is estimated at $86 billion, led the list for the fourth straight year. He was followed by Berkshire Hathaway chief Warren Buffett - with an estimated wealth of $75.6billion, before a bevy of American tech giants dominated the rest of the top ten. Amazon founder Jeff Bezos was number three with a net worth of $72.8billion, Facebook creator Mark Zuckerberg was fifth with $56billion, and Oracle co-founder Larry Ellison came it at number seven with $52.2billion in the bank. Warren Buffett was second on the list behind Gates with a net worth of $75.6billion.