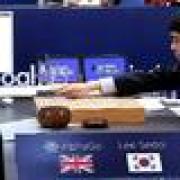 A New York news website has filed motions in a Florida court seeking a new trial in the Hulk Hogan invasion of privacy case. In motions filed this week, lawyers for Gawker Media asked for a new trial or for the amount in damages awarded to the former pro wrestler be vacated or drastically reduced. Hogan sued Gawker after it posted a video of him having sex with his then-best friend's wife. Hogan said he didn't know he was being taped. In March, a St. Petersburg jury sided with Hogan, who sued after the website posted a portion of the video.

Mobile service provider Three has confirmed it will block advertising on its network for a day-long trial in June. In February, the company said it wanted to give its customers "control, choice and greater transparency" over the adverts they received. But the Internet Advertising Bureau (IAB) said Three's approach was too "broad" and would harm businesses. The opt-in trial will take place on a day between 13 and 20 June. In February, it announced a partnership with ad-blocking start-up Shine, in which Li Ka-shing, the owner of Three's parent company CK Hutchison, is an investor.

Washington County opened its trial against Stephen Allwine Monday, a case with a plot stripped from the pages of a murder mystery--sex, lies, murder and a hit man for hire. A criminal complaint from January 2017 details an unsuccessful attempt by the 44-year-old to hire a hitman to kill his wife, Amy Allwine, alleging that as the plan unraveled he personally carried out the act by shooting her and staging it as a suicide. Prosecutors are now alleging that Allwine, a deeply religious man who served as a deacon and church elder, had at least three affairs with women he met on the website Ashley Madison that served as the impetus to kill his wife. Instead of divorcing her, police say the information technology worker took to the "dark web" as user DOGDAYGOD and was scammed by a now-defunct website called "Besa Mafia" that FBI officials say would regularly take Bitcoin for killings and beatings it would never carry out. Detectives later found a Bitcoin key on Allwine's phone that linked him to an attempt on his wife's life.

Clinical trials are underway to evaluate whether an iris biometric system built using blockchain technology can be used for patient recognition, U.K. news website Verdict reports. The system, which uses scans of the eye to verify a person's identity, would be applied in healthcare through the Patientory app, created by the eponymous U.S.-based healthcare blockchain solutions company. Trials for the system are being conducted with U.K.-based iris-recognition solutions company IrisGuard. The app will let healthcare providers verify the identity of their patients and was developed to avoid such errors as matching patients with the wrong health records. All patient data, including histories, prescriptions and transactions, will be logged through the system, which will be secured and verified using the underlying blockchain network.

Thirsty for more Juice? 15 things to watch after 'The People v. O.J. Simpson'

If so, never fear: Though FX's American Crime Story: The People v. O.J. Simpson has wrapped after 10 incredible weeks, there's a whole world of O.J.-related docuseries and dramatizations -- both forthcoming and available now -- just waiting to fill the Johnnie Cochran-sized hole in your heart. See also: 12 must-read books for everyone obsessed with'American Crime Story' You know, once you've finished watching that montage of David Schwimmer sadly saying the word "juice" for the 700th time. Start by taking a broad view with Brett Morgen's 2010 30 for 30 doc, which examines the titular date -- when Arnold Palmer took his last swing at the U.S. Open, Game 5 of the NBA Finals commenced, Ken Griffy, Jr. tied Babe Ruth's home run record... and, oh yeah, O.J. tried to flee from the police in a certain white Bronco. 'June 17th' sets the stage for ESPN's much deeper dive into the O.J. saga: This five-part, 10 hour docuseries tracks Simpson's life from his college football days to the trial and beyond. Where to watch: The series debuted earlier this year at Sundance; it makes its official TV premiere in June.