robROSE: A robust approach for dealing with imbalanced data in fraud detection

A major challenge when trying to detect fraud is that the fraudulent activities form a minority class which make up a very small proportion of the data set. In most data sets, fraud occurs in typically less than 0.5% of the cases. Detecting fraud in such a highly imbalanced data set typically leads to predictions that favor the majority group, causing fraud to remain undetected. We discuss some popular oversampling techniques that solve the problem of imbalanced data by creating synthetic samples that mimic the minority class. A frequent problem when analyzing real data is the presence of anomalies or outliers. When such atypical observations are present in the data, most oversampling techniques are prone to create synthetic samples that distort the detection algorithm and spoil the resulting analysis. A useful tool for anomaly detection is robust statistics, which aims to find the outliers by first fitting the majority of the data and then flagging data observations that deviate from it. In this paper, we present a robust version of ROSE, called robROSE, which combines several promising approaches to cope simultaneously with the problem of imbalanced data and the presence of outliers. The proposed method achieves to enhance the presence of the fraud cases while ignoring anomalies. The good performance of our new sampling technique is illustrated on simulated and real data sets and it is shown that robROSE can provide better insight in the structure of the data. The source code of the robROSE algorithm is made freely available.

Credit risk prediction is an effective way of evaluating whether a potential borrower will repay a loan, particularly in peer-to-peer lending where class imbalance problems are prevalent. However, few credit risk prediction models for social lending consider imbalanced data and, further, the best resampling technique to use with imbalanced data is still controversial. In an attempt to address these problems, this paper presents an empirical comparison of various combinations of classifiers and resampling techniques within a novel risk assessment methodology that incorporates imbalanced data. The credit predictions from each combination are evaluated with a G-mean measure to avoid bias towards the majority class, which has not been considered in similar studies. The results reveal that combining random forest and random under-sampling may be an effective strategy for calculating the credit risk associated with loan applicants in social lending markets.

Class imbalance problems manifest in domains such as financial fraud detection or network intrusion analysis, where the prevalence of one class is much higher than another. Typically, practitioners are more interested in predicting the minority class than the majority class as the minority class may carry a higher misclassification cost. However, classifier performance deteriorates in the face of class imbalance as oftentimes classifiers may predict every point as the majority class. Methods for dealing with class imbalance include cost-sensitive learning or resampling techniques. In this paper, we introduce DeepBalance, an ensemble of deep belief networks trained with balanced bootstraps and random feature selection. We demonstrate that our proposed method outperforms baseline resampling methods such as SMOTE and under- and over-sampling in metrics such as AUC and sensitivity when applied to a highly imbalanced financial transaction data. Additionally, we explore performance and training time implications of various model parameters. Furthermore, we show that our model is easily parallelizable, which can reduce training times. Finally, we present an implementation of DeepBalance in R.

Class imbalance classification is a challenging research problem in data mining and machine learning, as most of the real-life datasets are often imbalanced in nature. Existing learning algorithms maximise the classification accuracy by correctly classifying the majority class, but misclassify the minority class. However, the minority class instances are representing the concept with greater interest than the majority class instances in real-life applications. Recently, several techniques based on sampling methods (under-sampling of the majority class and over-sampling the minority class), cost-sensitive learning methods, and ensemble learning have been used in the literature for classifying imbalanced datasets. In this paper, we introduce a new clustering-based under-sampling approach with boosting (AdaBoost) algorithm, called CUSBoost, for effective imbalanced classification. The proposed algorithm provides an alternative to RUSBoost (random under-sampling with AdaBoost) and SMOTEBoost (synthetic minority over-sampling with AdaBoost) algorithms. We evaluated the performance of CUSBoost algorithm with the state-of-the-art methods based on ensemble learning like AdaBoost, RUSBoost, SMOTEBoost on 13 imbalance binary and multi-class datasets with various imbalance ratios. The experimental results show that the CUSBoost is a promising and effective approach for dealing with highly imbalanced datasets. 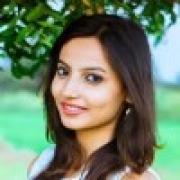 A data set is called imbalanced if it contains many more samples from one class than from the rest of the classes. Data sets are unbalanced when at least one class is represented by only a small number of training examples (called the minority class) while other classes make up the majority. In this scenario, classifiers can have good accuracy on the majority class but very poor accuracy on the minority class(es) due to the influence that the larger majority class. The common example of such dataset is credit card fraud detection, where data points for fraud 1, are usually very less in comparison to fraud 0. There are many reasons why a dataset might be imbalanced: the category one is targeting might be very rare in the population, or the data might simply be difficult to collect. Let's solve the problem of an imbalanced dataset by working on one such dataset.