"Do we have to leave home" and what is going to happen to "Joris Bonson"? It is not just adults and teenagers who have questions in the wake of the UK's historic Brexit vote. Parents and teachers have been bombarded with queries from interested youngsters and schools have rearranged lessons to discuss the key issues. On Facebook, Twitter and website Mumsnet, parents have been sharing stories of their confused, tearful or outraged offspring. Suzanne, from London, said her eight-year-old son Sam's school held a mock referendum and voted for Remain.

How Paul Celan Reconceived Language for a Post-Holocaust World

Once, while reading the poetry of Paul Celan, I had an experience I can describe only as mystical. It was about twenty years ago, and I was working at a job that required me to stay very late one or two nights a week. On one of those nights, trying to keep myself awake, I started browsing in John Felstiner's "Selected Poems and Prose of Paul Celan." Once, I heard him, he was washing the world, unseen, nightlong, real. In a dream state or trance, I read the lines over and over, instilling them permanently in my memory. It was as if the poem opened up and I entered into it.

The delightfully eerie ten-minute animated short "(Otto)" is the second work in our Screening Room series by the Dutch design studio Job, Joris & Marieke, whose Oscar-nominated short "A Single Life" was featured here a year ago. "A Single Life" is about a mysterious record album with the ability to control time: move the needle forward or backward and get older or younger, like Alice growing and shrinking, via cake and potion, in Wonderland. The record's song is plucky and mesmerizing, as is the movie; its end, frank and poetic at once, is the end we will all meet. "(Otto)," which premièred at the Toronto International Film Festival in September, is sweetly, darkly funny, in the team's signature mode; its characters, like us, are aesthetically charming and ridiculous, and their behavior is everything from loving to irrational, driven by sadness, loneliness, joy, the need to connect, and pain at the inability to do so. It begins with parallel stories about a happy little girl with an imaginary friend, Otto, and a young man and woman at a doctor's office, learning that they're not going to have a baby.

5 Ways To Strengthen Emotional Bond With Your Teenager

Adolescent years cause a person to undergo some emotional changes, posing a tough challenge for the parents who have to adjust to the changing patterns of their child's behavior. The parents also learn to cope with the hard reality their children are growing emotionally distant. If your child isn't still there yet, you must prepare yourself emotionally beforehand to deal with the ignorance, estrangement and conflicts that are going to be the defining factors of your relationship with your teenage offspring. During the teen years, a person relishes the idea of growing up and learns to quickly embrace the intense physical, emotional and intellectual growths. It's wrong, however, for adults to nurture a negative outlook toward teenage years, because the kids are most energetic during that period, trying to get a grasp over anything that catches their fancy. 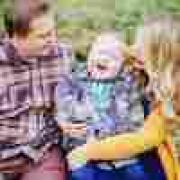