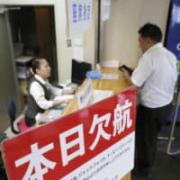 Kizuna Ai, the most popular streamer in Japan, is an anatomically exaggerated, perpetually adolescent girl in frilly thigh-high socks and a pink hair ribbon. She's also an entirely virtual character, given life by the actions and voice of an invisible actress. In the home of anime and "Ghost in the Shell" futurism, millions now follow Kizuna Ai online, and that success has spawned thousands of copycat acts and a cottage industry catering to so-called virtual YouTubers, or VTubers. Defying the Western streamer blueprint of young male gamers like PewDiePie and Ninja, Japan has invented a new class of streaming star that's equal parts digital avatar and interactive anime. "What separates VTubers from regular anime characters is that you can believe they actually exist," said Takeshi Osaka, founder of Activ8 Inc., the Tokyo-based company behind Kizuna Ai. "That presence is an important part of what makes them so appealing."

TOKYO-- Nintendo Co. NTDOY 28.79 % 's share price surged on Thursday after the Japanese videogame powerhouse said it would introduce Mario the plumber, its most famous character franchise, to smartphone platforms beginning with Apple Inc. AAPL 0.61 % 's iOS. The smartphone game "Super Mario Run" will come to iPhones and iPads first by December, followed by a planned launch for other smart devices running Google parent Alphabet Inc.'s Android OS, Nintendo's Shigeru Miyamoto said at an Apple event in San Francisco on Wednesday, during an introduction of the new iPhone. Nintendo's share price opened 18% higher at 29,195, while DeNA Co. 2432 12.29 %, Nintendo's partner in developing smartphone games, saw its stock price rise 21.5% to hit its daily trading limit of 3,955 shortly after the market opened in Tokyo. The new Mario game will be free to download but will require payment to unlock full game features, Nintendo said. Investors have called on the Kyoto-based company to bring its well-known game franchises to smartphones, the game industry's fastest-growing source of revenue.

TOKYO-- Nintendo Co. NTDOY 0.43% will introduce a smartphone version of its "Animal Crossing" game, a move that could expand profit from its mobile business. The free-to-play game, which will include an option to pay a small amount of money to speed up game play, will be available from late November, the Kyoto-based company said Wednesday. It is designed for Apple Inc.'s iPhones and smartphones running the Android operating system from Google parent Alphabet Inc. Nintendo has released six titles from the franchise and sold more than 30 million copies as of March 31, 2017, the company said. In the smartphone version of the game, called "Animal Crossing: Pocket Camp," players can build campgrounds.

Video game maker Nintendo Co. stuck to its original target of selling 2 million Switch consoles in the first month after its launch, despite some anticipation the number may be raised because of brisk preorders. Nintendo President Tatsumi Kimishima also told reporters Wednesday the company is committed to delivering more content for smartphones. He pointed to how the success of "Pokemon Go," a smartphone augmented-reality game, boosted sales of other Pokemon games as well as of 3DS machines. That helped Kyoto-based Nintendo, which creates Super Mario games, report a better-than-expected October-December profit of ¥64.7 billion ($569 million), more than twice its same-period profit in the previous year. Investors were unimpressed, sending Nintendo stock sinking 3.2 percent in Tokyo trading.

"Pokemon Go," a new smartphone game based on cute Nintendo characters like Squirtle and Pikachu, has quickly became the top grossing app just days after its release. But the game's popularity has led to some bumps and bruises. Dozens of people dressed up as Pikachu, the famous character of Nintendo's videogame software Pokemon, dance with fans as the final of a nine-day "Pikachu Outbreak" event takes place to attract summer vacationers in Yokohama, in suburban Tokyo (Photo: AFP/Getty Images) By now you've likely heard of Pokémon Go, the insanely popular mobile game downloaded 7.5 million times since Thursday. It's taken social media by storm since its launch, with users reporting that it's helped them get outside, exercise and meet new people – even helping with anxiety and agoraphobia. So how did a game about cartoon monsters capture us so quickly?