Particle physicists are not happy with Alessandro Strumia. Last week, the particle physicist gave a talk at CERN claiming that men are innately better at physics research than women. Now, the high-energy physics community is pushing back. The presentation, in which Strumia claimed that the reason there are more male physicists than female is because the men are "over-performing", and that physics was "invented and built by men", faced widespread and immediate backlash.

Physicist Stephen Hawking has died at the age of 76, his family has said. The Briton was known for his groundbreaking work with black holes and relativity, and was the author of several popular science books including A Brief History of Time. His children, Lucy, Robert and Tim, said: "We are deeply saddened that our beloved father passed away today. "He was a great scientist and an extraordinary man whose work and legacy will live on for many years." They praised his "courage and persistence" and said his "brilliance and humour" inspired people across the world.

Physicist Stephen Hawking, Who Conquered the Stars, Dies at 76

Hawking was Lucasian Professor of Mathematics at Cambridge University from 1979 to 2009 - a post held by Sir Issac Newton over 300 years earlier - wrote countless scientific papers and books, received 12 honorary degrees and was made a Companion of Honour by Queen Elizabeth in June 1989.

As We May Think 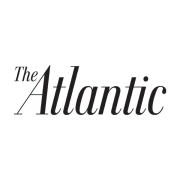 This has not been a scientist's war; it has been a war in which all have had a part. The scientists, burying their old professional competition in the demand of a common cause, have shared greatly and learned much. It has been exhilarating to work in effective partnership. Now, for many, this appears to be approaching an end. What are the scientists to do next?