LONDON – Emperor Hirohito, who is posthumously called Emperor Showa, was uneasy with Japan's drift to war in the 1930s and 1940s but was unable to alter the course of events, according to a declassified British government assessment upon the Emperor's death in January 1989. Debate has often raged over the extent to which Emperor Showa was culpable for Japan's wartime past, with some critics claiming he was complicit in the atrocities. Writing a few weeks after the Emperor's death, John Whitehead, Britain's ambassador to Japan, stated, "A man of stronger personality than Hirohito might have tried more strenuously to check the growing influence of the military in Japanese politics and the drift of Japan toward war with the western powers." "The contemporary diary evidence suggests that Hirohito was uncomfortable with the direction of Japanese policy." "The consensus of those who have studied the documents of the period is that Hirohito was consistent in attempting to use his personal influence to induce caution and to moderate and even obstruct the growing impetus toward war." 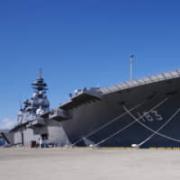 LONDON - A set of photos has been uncovered offering a fresh look into the life of Emperor Naruhito during his time studying in Britain in the 1980s. Taken in 1985, the photos show the then-prince visiting a summer festival for Japan-U.K. friendship in London and smiling while taking part in a traditional Bon festival dance. The 59-year-old, who became emperor on May 1, studied at the University of Oxford from 1983 to 1985. The photographs were developed from negatives kept by London-based journalist Setsuo Kato, 78, who was among the summer festival organizers. The images appear to capture the then-prince's enjoyment of his various encounters.

Panasonic to move U.K. headquarters to Amsterdam over Brexit fears 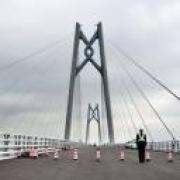 Panasonic plans to move its European headquarters from Britain to the Netherlands later this year over concerns about potential tax issues related to Britain's exit from the European Union, a company spokeswoman said Thursday. "We will move our European headquarters to the Netherlands," the spokeswoman said, confirming a report in the Nikkei business daily about the electronics giant's decision on Brexit. Laurent Abadie, CEO of Panasonic Europe, told the Nikkei that the headquarters would move from outside London to Amsterdam in October. The decision was sparked by fears that Japan could treat Britain as a tax haven after Brexit if London decides to lower its corporate tax rate in a bid to attract businesses, she said. If Japan made the designation, Panasonic could face back taxes levied by Tokyo.

Japan and the world do not want a no-deal Brexit, Abe says after meeting British PM Theresa May 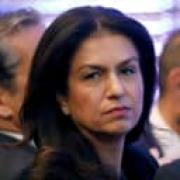 LONDON - Prime Minister Shinzo Abe said on Thursday that the world did not want to see a disorderly Brexit and that he fully supported British Prime Minister Theresa May's withdrawal deal from the European Union that is now facing defeat in Parliament. Some of Japan's leading companies in Britain have warned that a no-deal Brexit could be a disaster. After meeting May in London, Abe said it was scenario no one wanted to see. "It is the strong will of Japan to further develop this strong partnership with the U.K., to invest more into the country and to enjoy further economic growth with the U.K.," Abe said through an interpreter at a joint news conference with May. "That is why we truly hope that a no-deal Brexit will be avoided and, in fact, that is the wish of the whole world." 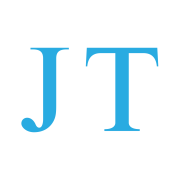 LONDON – English-language teachers in Japan often complain about being met by a wall of silence when they ask students to talk in class. But until now there has been little, if any, academic research into the reasons why Japanese pupils are particularly afflicted by a reluctance to speak in a second language. Jim King, an expert in linguistics at Leicester University in central England, has been looking into this phenomenon and recently presented his findings in London to an audience of Japan experts and educationalists. King, who has experience of teaching in Japan, argues that Japanese students are often unresponsive due to a multitude of factors, including psychology, culture and teaching methods. The academic, who studied the behavior of 924 students at nine different universities, discovered many had a "neurotic dread" that their English was not up to scratch and felt that if they tried to use it they would "lose face" among friends.