Like everybody else, French scientists are anxiously watching the upcoming presidential elections unfold. The two candidates most likely to survive the first round on 23 April are both nontraditional politicians who have radically different visions for their country. A win by Marine Le Pen, the leader of the far-right National Front, could hamper international mobility; Le Pen favors a "Frexit," which would endanger access to European funds and collaboration. Her main opponent, the young and charismatic Emmanuel Macron, has stressed the importance of higher education, research, and innovation, but he's a newcomer to politics and many of his views are still sketchy. 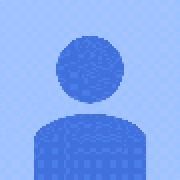 There are many reasons to love cats. Their ability to make everyday acts more enjoyable. Take Casper the cat for example. In this video posted to Instagram, the precious kitty takes the simple act of eating a croissant to a whole new level. A post shared by Rukas - I'm a cat (@rukasthecat) on May 26, 2017 at 11:46am PDT Just look at his cute little mouth nomming on that French pastry.

Kristina Mladenovic, left, and Caroline Garcia of France hold the trophy after winning the women's doubles final of the French Open tennis tournament against Ekaterina Makarova and Elena Vesnina of Russia in three sets 6-3, 2-6, 6-4, at the Roland Garros stadium in Paris, France, Sunday, June 5, 2016.

NAMED AFTER TERROR? French court to decide on newborn's name

A French judge will hear the case of a newborn boy who was given the same name as an Islamic radical who killed seven people in 2012. The child's name, Mohamed Merah, was brought to the attention of Nice authorities at the beginning of the month. It's the same name as an Islamist extremist who killed seven people in attacks on a Jewish school and French paratroopers in the southwestern Toulouse region. Nice mayor Philippe Pradel and regional president Christian Estrosi said in a statement Saturday that the family choice of the first name "may be contrary to the child's interest." A family affairs judge will decide whether the family needs to change the first name of the child.

The trick to making delicious french fries at home

Make delicious french fries at home every time with this trick. If you have ever tried to make french fries at home, the results were most likely a let-down. Perhaps your spuds turned out golden brown and crisp on the outsides, but were still hard and undercooked on the insides (nobody likes al dente potatoes) -- or maybe the insides were tender and perfectly cooked, but the outsides were pale and soggy. Head to your favorite burger joint or local neighborhood restaurant, though, and not only are their fries cooked flawlessly on the interior, but they also have a crunchy exterior. Here's the secret: In order to get perfect french fries, almost all chefs and professional kitchens use a double-fry method to cook their potatoes.